Poor infrastructure, difficult living conditions and lack of employment have been cited as the reasons such abandoned villages 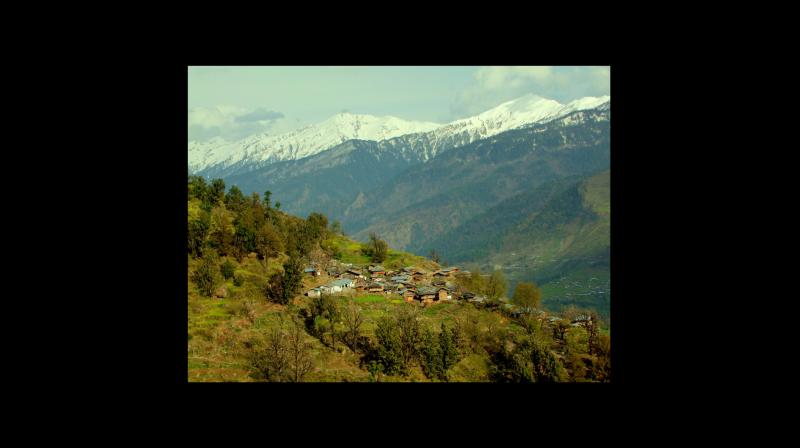 Dehradun: Abandoned houses in Pauri district's 'ghost' villages, called so as they have become empty after their residents left them, are proving useful for the administration which is converting them into quarantine centres for migrants returning in droves to Uttarakhand.

"In view of the huge influx of people coming from outside the state, the utility of the abandoned houses on the peripheries of deserted villages becomes immense," BDO of Rikhnikhal block in Pauri district SP Thapliyal said.

Poor infrastructure, difficult living conditions and lack of employment have been cited as the reasons for the mass migration of locals from such villages which have been lying vacant for years now.

Derelict houses under padlocks are being used for the purpose as school buildings or panchayat bhawans where migrants are supposed to be quarantined primarily are sometimes located in the central part of the villages where putting up the returnees may make local residents more vulnerable to infection, he said.

At least 576 migrants have been quarantined in the abandoned houses in Pauri district which has the highest number of ghost villages in the state at 186,  Thapliyal said.

Migrants coming from outside are being mandatorily quarantined for 14 days by the state government either at home or at centres set up for the purpose as a precautionary measure.

Such houses are being cleaned up, sanitised and converted  to serve as quarantine centres in addition to the panchayat bhawans and school buildings where also migrants are being quarantined, the official said.

With the return of a large number of migrants amid the ongoing Covid-19-induced lockdown from outside the state and shortage of places to quarantine them, abandoned houses are being used as quarantine facilities, he said.

Many migrants are returning to their villages after decades and their ancestral homes are either totally destroyed or dilapidated.

They are being kept at panchayat bhawans and school buildings mainly but in some cases, if the number of returnees is high or the location of the quarantine centre is not appropriate, the migrants are being taken to the ghost villages after ensuring proper sanitisation measures, the official said.

A total of 19,846 migrants had reached 1,049 gram panchayats of Pauri till May 13 and the influx continues, the district information office said.