The police said the bus was badly damaged and the passengers were trapped in it. 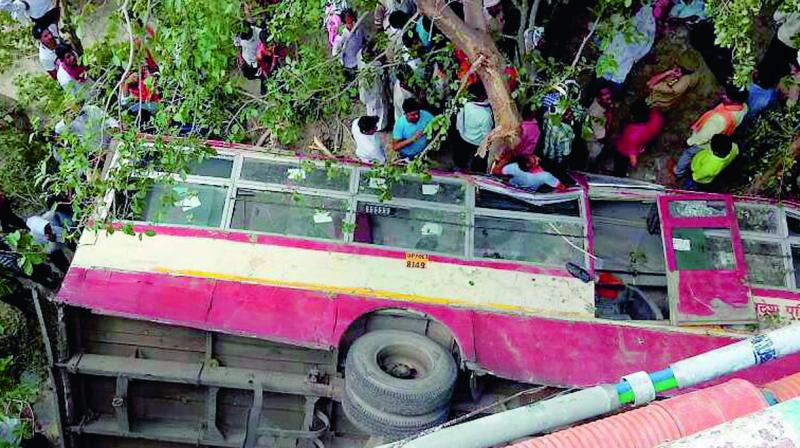 The wreckage of a bus after it fell from a bridge in Jaunpur, UP. (Photo: PTI)

Lucknow: Eight people were killed and 30 others injured when a roadways bus fell into the Sai river form a bridge near Bargudar village on Jaunpur-Allahabad highway on Wednesday afternoon.

The bus was on its way to Jaunpur from Allahabad when the driver lost control over the vehicle and it crashed through the bridge railing into the river.

The incident took place at Bargudar Pul area under Sikrara police station at around 1.30pm on the Jaunpur-Rae Bareli national highway, district magistrate of Jaunpur Sarvagyaram Mishra said. “The UPSRTC bus was going to Jaunpur from Allahabad. At around 1.30 pm, the driver lost control over the vehicle which hurtled down the bridge and fell on the bank of the river,” he said. The police said the bus was badly damaged and the passengers were trapped in it.

Some of the passengers have been hospitalised in a critical condition. Station officer of Sikrara, Vishwanath Yadav, said the bodies have been sent for post mortem.