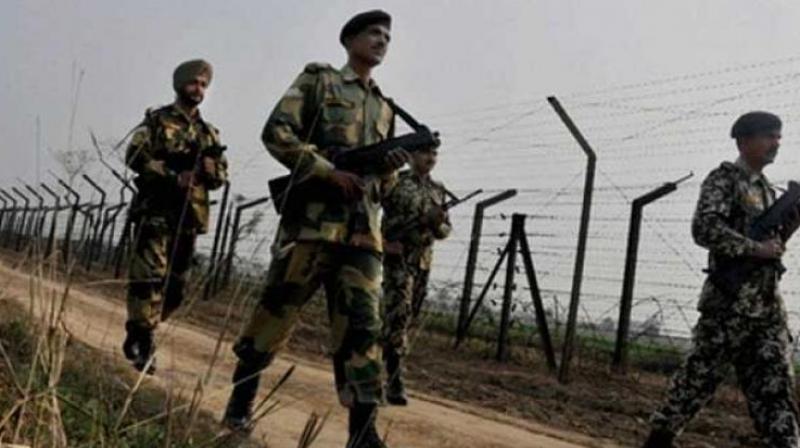 Union minister of state for home affairs Hansraj Gangaram Ahir made it clear that ceasefire violations would be countered too. (Representational Image/PTI)

Kolkata: Union minister of state for home affairs Hansraj Gangaram Ahir on Friday informed that the Centre would take a final call on the ceasefire extension as the holy month of Ramzan ends. He asserted that the people of Kashmir want the ceasefire to continue and the counter-terror operations to remain suspended.

Ahir, however, made it clear that ceasefire violations would be countered too.

Condemning the brutal killing of renowned journalist Shujaat Bukhari in Srinagar on Thursday, Ahir stressed that none of the accused would be spared.

Speaking to the media at the state BJP headquarters in Kolkata, Ahir said: "The people of Kashmir are satisfied. They demand the security operations to remain suspended. We have been staying determined to keep the people happy and safe and secure our country from any type of threat. We will do whatever is required to meet that aim."

He pointed out that the Centre would take a decision about whether the ceasefire should be extended or not and if the operations in the Valley would continue to remain suspended or not.

The Union minister observed, "The anti-terror operations have remained suspended in Kashmir as of now. The decision has been accepted by the people of Kashmir. But it did not satisfy Pakistan or the terrorist outfits which have unleashed violence and kept firing to renew the unrest in the valley."

On the response to ceasefire violations, Ahir mentioned, "We want peace. Our priority is to keep our people happy and safe. We are not trigger-happy. But that does not imply we would not reply to ceasefire violations. Kashmir has been burning for decades due to terrorist activities. We have always given a befitting reply to the terror tactics of Pakistan."

Underlining the Modi government’s declaration of the ceasefire keeping the holy month of Ramzan in mind, Ahir accused Pakistan of violating the ceasefire repeatedly.

Describing Bukhari's murder as a 'sad incident', the Union minister added, "We condemn the murder of such a famous journalist. The chief minister has ordered an investigation into it. The culprits will be punished. None of them will be spared."