We accept all demands, return to work: Mamata tells doctors

'Even after five days of strike by junior doctors, we have not invoked ESMA Act', Mamata said. 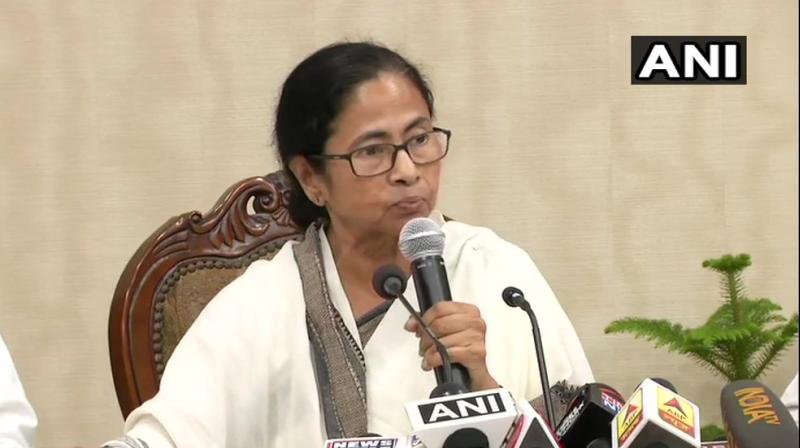 'I appeal to all doctors to resume work as thousands of people are awaiting medical treatment', Mamata said. (Photo: ANI)

Kolkata: Following days of protest by doctors in West Bengal, Chief Minister Mamta Banerjee on Saturday agreed to accept demands and asked them to return to work.

''I appeal to all doctors to resume work as thousands of people are awaiting medical treatment'', Mamata said.

Expressing her disappointment over doctors not turning up at the meeting, Mamata said: ''I had sent my ministers, principal secretary to meet the doctors, I cancelled all programmes and waited for junior doctors to turn up at meeting. One must show respect to constitutional body''.

''Even after five days of strike by junior doctors, we have not invoked ESMA Act or taken any action against them'', Mamata added.

''We never arrested a single person. We will not take any police action. Health services cannot continue like this. I am not going to take any stringent action. Let good sense prevail'', Mamata said.

On the mass resignation of the doctors across the state, Banerjee said it was not legally tenable. "If the junior doctors think I am incapable, they can always talk to the governor or the chief secretary... or the commissioner of police," she said.

The central government had sought a detailed report from the West Bengal government on the ongoing medical strike that has affected the medical services in the state.

Earlier, striking junior doctors turned down Chief Minister Mamata Banerjee's invitation for a meeting at the state secretariat, which was called to resolved the impasse, and continued their protest for the fifth consecutive day on Saturday.

The doctors, who are protesting against the assault on two of their colleagues at NRS Medical College and Hospital, had on Friday sought an unconditional apology from Banerjee and set six conditions for the state government in order to withdraw their stir.

"She will have to come to the Nil Ratan Sircar Medical College and Hospital and deliver an unconditional apology for her comments made during her visit to the SSKM Hospital on Thursday," Arindam Dutta, spokesperson of the joint forum of junior doctors, told PTI.

"If she can go to the SSKM she can also come to the NRS... or else this agitation will go on," Dutta said.

Banerjee, who visited the state-run SSKM Hospital on Thursday amid slogans of "we want justice", had contended that outsiders were creating disturbances in the medical colleges and the ongoing agitation is a conspiracy by the CPI(M) and the BJP.

Meanwhile, Medical practitioners at AIIMS Delhi on Saturday called off their protest and gave a 48-hour ultimatum to West Bengal Chief Minister Mamata Banerjee to fulfil the demands.

In their ultimatum, the Resident Doctors Association (RDA) at AIIMS stated that if the demands are not met within 48 hours, they would be forced to resort to an indefinite strike at the Delhi hospital.

On Friday, doctors of several hospitals across the country such as AIIMS of Maharashtra, Karnataka, Odisha, Andhra Pradesh, Telangana went on a strike in solidarity with the doctors of West Bengal, demanding safe environment for them.