He also lambasted the TV channels for “making a mockery” of the parents and families of the girls who marry against their wishes. 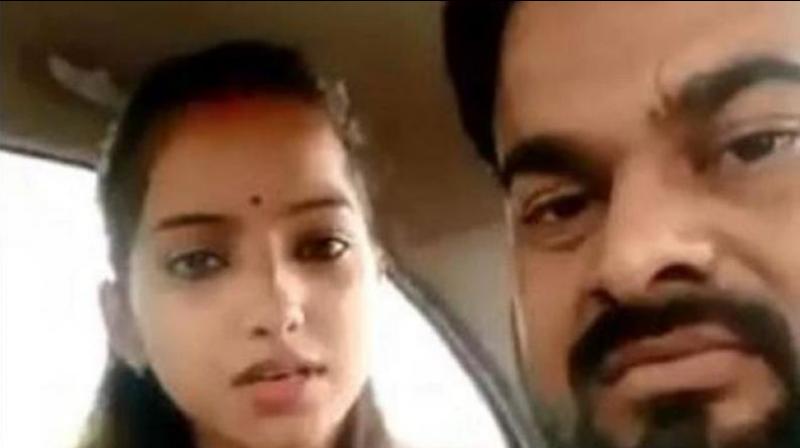 Sakshi is the daughter of Rajesh Misra, a legislator from Bareilly. She married Ajitesh Kumar, a 29-year-old businessman, last Thursday at a temple in Prayagraj. (Photo: Screengrab)

Mr Bhargav took to Twitter to take a dig at media for giving “extensive” coverage to Sakshi, daughter of Uttar Pradesh BJP MLA Rajesh Mishra, after she alleged that her family intimidated her for marrying a dalit.

He said that prominence given to such “modern day Laila-Majnu love stories”, particularly on TV channels, would trigger sudden spurt in incidents of foeticide. “It is my personal view that the TV channels have been giving good coverage to such incidents for their TRPs and revenue, being oblivious of the fact that they are indulging in ‘anti-society and anti-national’ activities,” a Twitter post said.

He said such actions by the media will negate the impact of the social programmes like “Beti Bachao, Beti Padhao”, aimed at saving and educating the girl children. He also lambasted the TV channels for “making a mockery” of the parents and families of the girls who marry against their wishes.