India   All India  15 Jul 2020  Yes, Kejriwal is right. Delhi recorded 57 per cent of total corona cases in June itself
India, All India

Yes, Kejriwal is right. Delhi recorded 57 per cent of total corona cases in June itself

But there was a silver lining too during this period: The sharp recovery of patients. 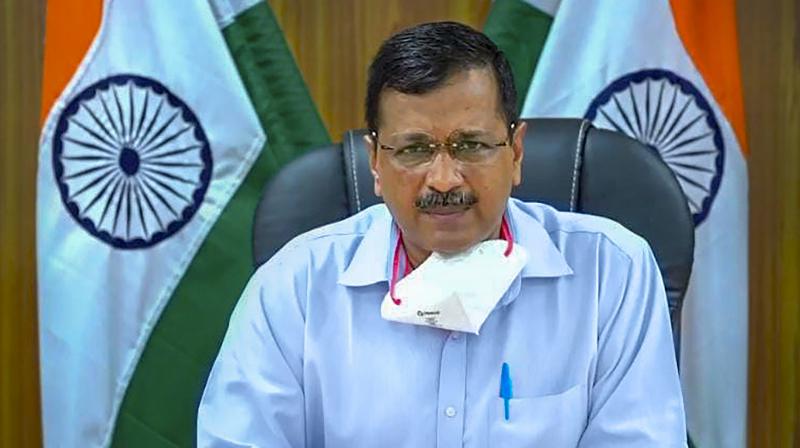 Delhi Chief Minister Arvind Kejriwal on Wednesday said the COVID-19 situation in the national capital is better than in June, but the war against the disease has not been won yet.

Addressing an online media briefing, he said, "The COVID-19 situation in Delhi is under control but we do not have to be complacent. We will continue our preparations." There are 18,600 active cases of coronavirus in Delhi, Kejriwal said, adding that only 4,000 beds have so far been occupied.

He said his government's first principle of combating the disease is that the COVID-19 fight cannot be won alone, that is why, the AAP dispensation sought cooperation from everyone, be it the Centre, hotels and other organisations.

Data from the month of June largely backs Kejriwal's claim. As per official records, the Union Territory recorded 57 per cent of the total confirmed cases so far in the month of June. Between June 1 and 30, Delhi recorded 66,526 cases.

However, between July 1 (89,000+ cases) and July 14 (1,15,000+ cases), the number of cases only increased by over 25 per cent. This is nearly a four fold decline in the cumulative growth rate of cases compared to the same period last month. The decline in cases is also significant since it comes in the backdrop of the state government conducting 20,000-23,000 COVID-19 tests every day.

But there was a silver lining too during this period: The sharp recovery of patients. June saw recovery in nearly 49,470 cases -- of which over 40,000 were in the last two weeks.