Mr Kumar said that in view of the deteriorating situation in Bihar, the Army and teams of NDRF have been deployed in the flood-affected zone. 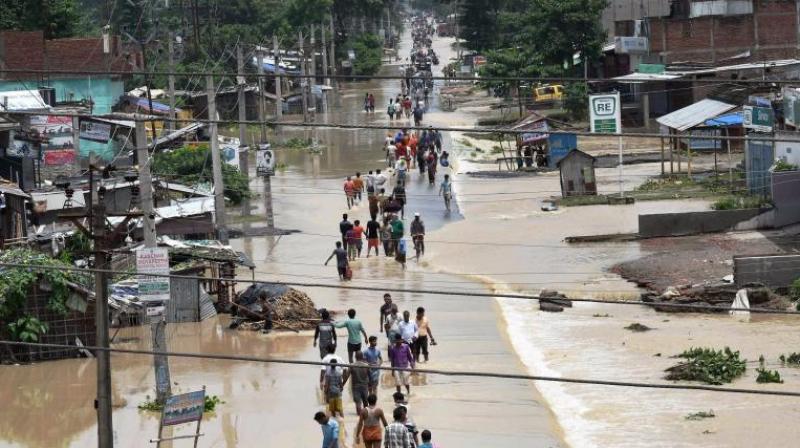 Patna: At least 41 people have lost their lives due to flood is Bihar, with reports suggesting that more than 2 lakh people have migrated to safer places after water gushed into villages.

Bihar chief minister Nitish Kumar, who conducted an aerial survey of the affected areas, claimed that heavy rains in parts of Nepal and Bihar were responsible for the situation which led to “flash flood in various parts of the state”.

“The state government will take all measures to compensate losses occurred due to flood,” the chief minister said.

With flood water gushing into several parts of the state, especially in Seemanchal region, officials claimed that Araria was worst hit with major part of the town completely submerged.

According to reports, flood water has entered areas in Kishanganj district, three blocks in Purnea and one block in Katihar.

Besides Seemanchal zone, millions were also affected as the water level rose in North Bihar. According to state government reports, West Champaran, Sitamarhi, Darbhanga and Madhubani were badly hit due to flood.

Mr Kumar said that in view of the deteriorating situation in Bihar, the Army and teams of NDRF have been deployed in the flood-affected zone.