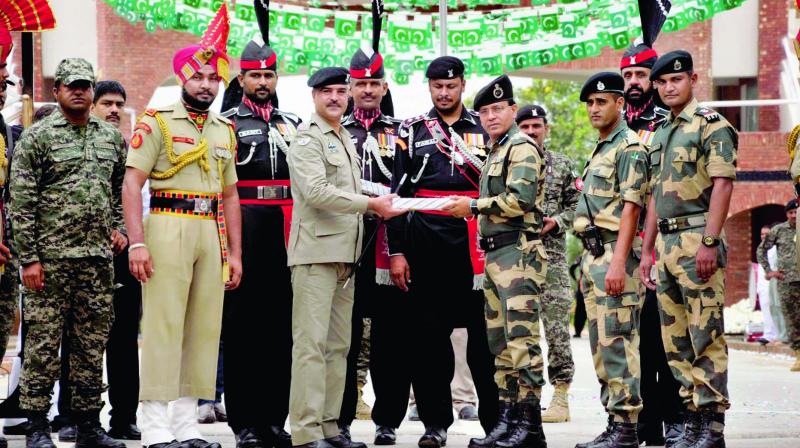 New Delhi: After the last year’s public and open dare of the Pakistan High Commission (PHC) during the Independence-Day celebrations on August 14 — when then high commissioner Abdul Basit dedicated the day to Kashmir’s “azadi” (independence) — this year seemed to have been a rather tame affair.

This time the occasion was presided over by acting high commissioner Syed Haider Shah, if one were to go by the statement issued by the PHC.

Mr Basit, who was considered close to the Pakistan Army, is back in Islamabad after his stint here, though a new high commissioner is yet to take over. “Is saal ki jashn-e-azadi hum Kashmir ki azadi ke naam karte hain (we dedicate this year’s Independence Day celebrations to Kashmir’s freedom). We are confident that the sacrifices made by the people of Jammu and Kashmir would be successful,” Mr Basit was quoted as saying on August 14 last year in New Delhi, with photos of the event showing him and members of the audience with raised clenched fists.

Mr Basit’s aggressive speech had drawn an immediate and swift response from India when Prime Minister Narendra Modi raised the Balochistan issue in his Independence Day speech from the ramparts of the Red Fort on August 15.

But this year, the Pakistan high commission’s statement on Monday’s celebrations was much more restrained.

The statement read, “The 70th Independence Day was celebrated with spirit and enthusiasm at the Pakistan High Commission, New Delhi, today. Acting high commissioner Syed Haider Shah raised the national flag at an elegant ceremony held on the Chancery’s lush green lawns. Mr Shah read out the Independence Day messages from the President and the PM. A girl student of Pakistan High Commission School, Iman Sarwar, delivered a speech, while other students presented songs and tableaus.”

Palwasha Haider, wife of the acting high commissioner, gave away prizes and gifts to teachers and school children.”