This is PM Modi's last Independence Day speech before the next Lok Sabha elections which are scheduled for 2019. 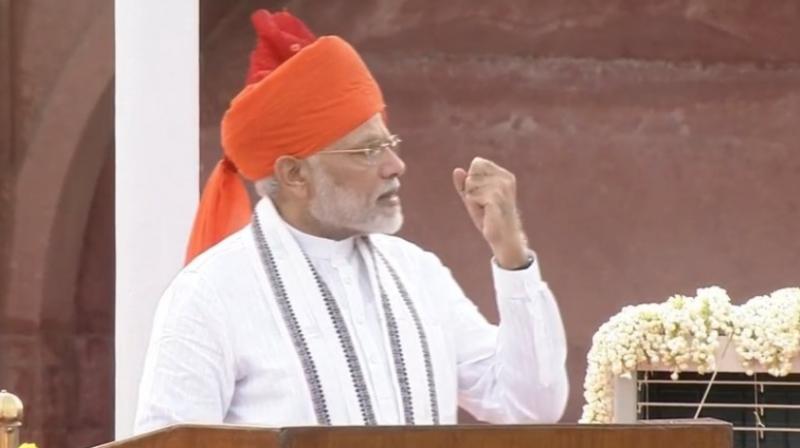 08:58 am: Once again, I convey my greetings to the people of India on Independence Day: PM Modi

08:55 am: We want to progress more. There is no question of stopping or getting tired on the way: PM Modi

08:50 am: Sanitation for All, Skill for All, Health for All, Insurance for All and Internet for All: PM Modi lays down his agenda

08:48 am: To strengthen the democratic units in J&K, we are planning to hold Panchayat and municipality elections soon: PM Modi

08:47 am: For Jammu and Kashmir, Atal ji called for 'Insaniyat, Kashmiriyat, Jamhooriyat'. II also said that all the issues of J&K can only be resolved by embracing people and not by bullets and abuse. Our government is committed for the development of all regions and sections of the state: PM Modi

08:45 am: Tripura, Meghalaya and many parts of Arunachal Pradesh are seeing historic peace. From 126, Left Wing Extremism is restricted to 90 districts. We are working to ensure peace across the nation: PM Modi

08:44 am: I am proud of the fact that three women judges in Supreme Court are delivering justice. Since independence, this is the first cabinet where so many women are a part of the cabinet: PM Modi

08:43 am: The practice of Triple Talaq has caused great injustice among Muslim women. We are trying to end this practice but there are some people who do not want it to end. I ensure the Muslim women that I will work to ensure justice is done to them: PM Modi

08:42 am: Women officers commissioned in short service will get an opportunity for a permanent commission like their male counterparts: PM Modi

08:41 am: We have to free our society and country from this disgusting mentality of rape. Recently in Madhya Pradesh, a rapist was hanged by a fast-track court. We should spread this news and make people aware. Rule of law is supreme,no one can take law in their hands: PM Modi

08:39 am: We have ensured environmental clearances are done transparently: PM Modi

08:36 am: We will not forgive the corrupt and those who have black money. They have ruined the nation. Delhi's streets are free from power brokers. From the voice of power brokers, the voice of the poor is heard: PM Modi

08:34 am: At present, the country is celebrating the festival of honesty: PM Modi

08:33 am: The honest taxpayer of India has a major role in the progress of the nation. It is due to them that so many people are fed, the lives of the poor are transformed: PM Modi

08:30 am: There were 6 crore people who were not even born, yet the benefit of government schemes were being taken on their name. This government stopped this: PM Modi

08:28 am: The healthcare initiatives of the Government of India will have a positive impact on 50 crore Indians. It is essential to ensure that we free the poor of India from the clutches of poverty due to which they cannot afford healthcare: PM Modi

08:25 am: Pradhan Mantri Jan Arogya Abhiyaan will be launched on 25th September this year. It is high time we ensure that the poor of India get access to good quality and affordable healthcare: PM Modi

08:24 am: Due to Swachh Bharat mission, lakhs of children can lead healthier lives. Even the WHO has lauded the movement. Mahatma Gandhi led the Satyagrahis to freedom. Today, the Swachhagrahis have to ensure a Swachh Bharat: PM Modi

08:21 am: As important as economic growth is dignity of the individual. Initiatives such as Ujjwala and Saubhagya Yojana are enhancing the dignity of fellow Indians: PM Modi

08:17 am: With a 'Beej Se Bazar Tak' approach, we are bringing exceptional reforms in the agriculture sector. Our aim is to double farmer incomes by 2022: PM Modi

08:15 am: India is proud of our scientists, who are excelling in their research and are at the forefront of innovation. In the year 2022 or if possible before, India will unfurl the tricolour in space: PM Modi

08:13 am: 13 crore youths were given loan, out of which 4 crore received a loan for the first time. This is in itself is a proof of changing India: PM Modi

08:12 am: There was a time when North East India used to feel that Delhi is very far from them, but today we have brought Delhi to the doorstep of the North East: PM Modi

08:11 am: The world earlier viewed India for policy paralysis, delayed reforms but now it sees it as a multi-trillion dollar investment destination: PM Modi

08:10 am: India's voice is being heard effectively at the world stage. We are integral parts of forums whose doors were earlier closed for us: PM Modi

08:09 am: From being seen as among the fragile five, India is now the land of reform, perform and transform. We are all set for record economic growth: PM Modi

08:08 am: When there is determination, where there is a will to do something for the country then a law to fight against benami property is also implemented: PM Modi

08:07 am: The OROP demand was also pending for decades. People of India, our brave Army personnel had faith in us and we were able to take a decision on OROP. We will always take decisions in the interests of our nation: PM Modi

08:06 am: Will always take decisions in interests of our nation: PM Modi

08:05 am: Who did not want the GST to be passed, yet it was pending for years. Last year GST became a reality. I want to thank the business community for the success of the GST: PM Modi

08:04 am: While decisions were held back in the past due political and other compulsions, bold decisions like GST are being taken now: PM Modi

08:02 am: There should be coordination between states and the centre to fulfil the aspirations of the people: PM Modi

07:58 am: The demand for higher MSP was pending for years. From farmers to political parties to agriculture experts, everybody was asking about it but nothing happened. With the blessings of the farmers, the decision on MSP was taken by our Government: PM Modi

07:53 am: We are very proud of what we have achieved but at the same time, we also have to look at where we have come from. That is when we will realise the unbelievable strides the nation has taken: PM Modi

07:49 am: The Constitution given to us by Dr Babasaheb Ambedkar has spoken about justice for all. We have to ensure social justice for all and create an India that is developing rapidly: PM Modi

07:47 am: Next year on Baisakhi, it will be 100 years of Jallianwala Bagh massacre. I pay tribute to those who sacrificed their lives: PM Modi

07:45 am: Many parts of the nation witnessed good monsoon but at the same time parts of India have been severely hit by floods. My thoughts are with the families of those who lost their lives in these floods, in various parts of India: PM Modi

07:42 am: The recently concluded monsoon session of Parliament was one devoted to social justice. The Parliament session witnessed the passage of the bill to create an OBC Commission: PM Modi

07:40 am: We are proudly celebrating Independence Day today as six women officers of the Indian Navy, circumnavigated the globe recently (on INSV Tarini): PM Modi 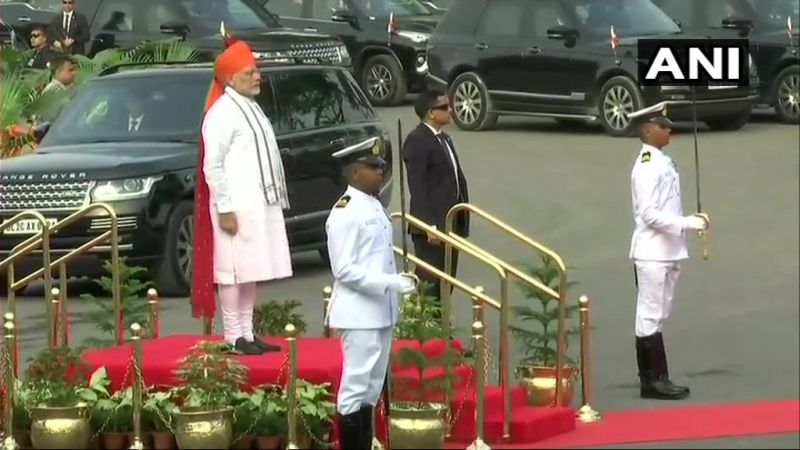 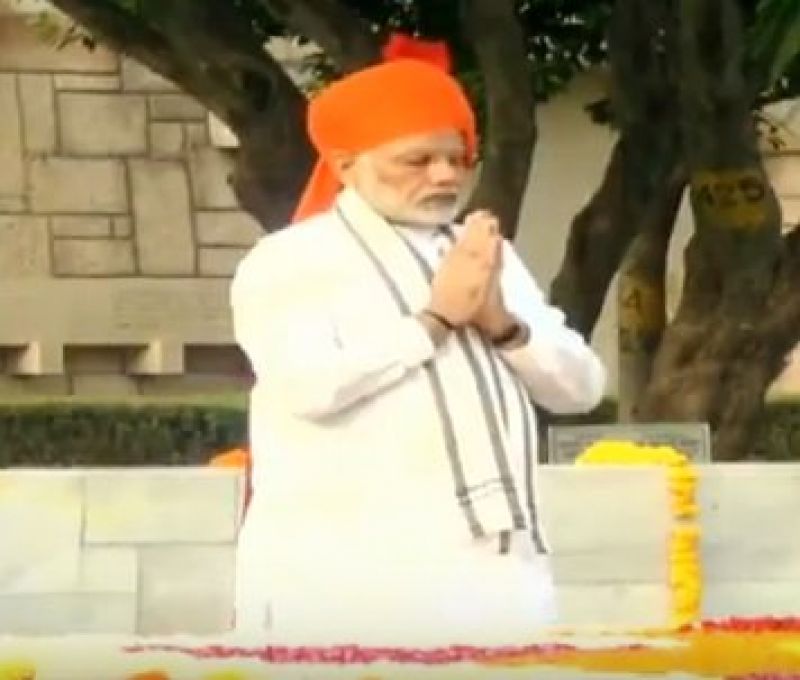 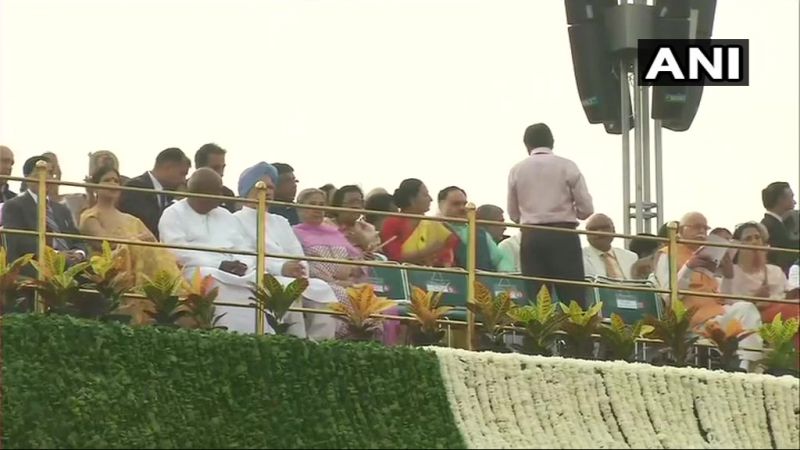 07:15 am: Prime Minister Narendra Modi to address the nation shortly.​ 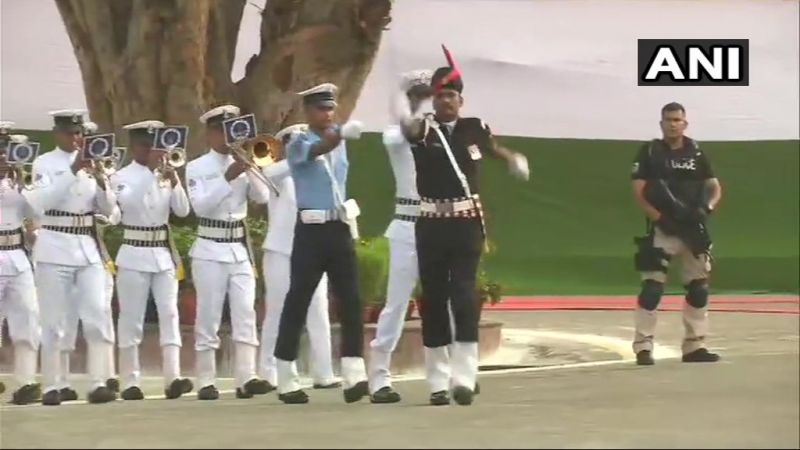 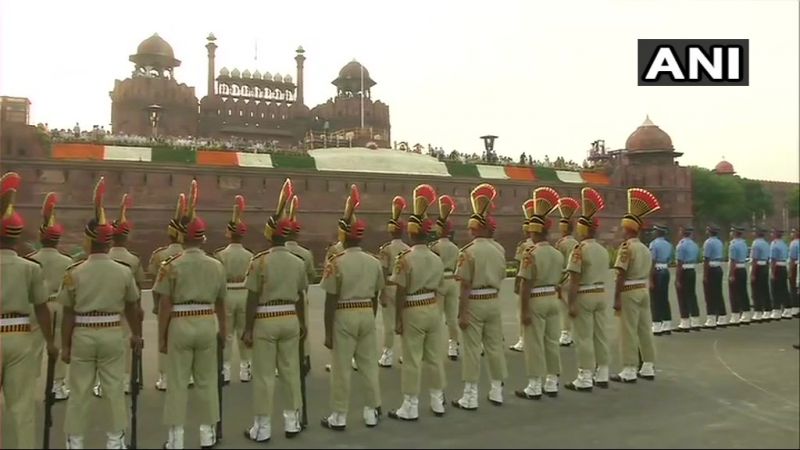 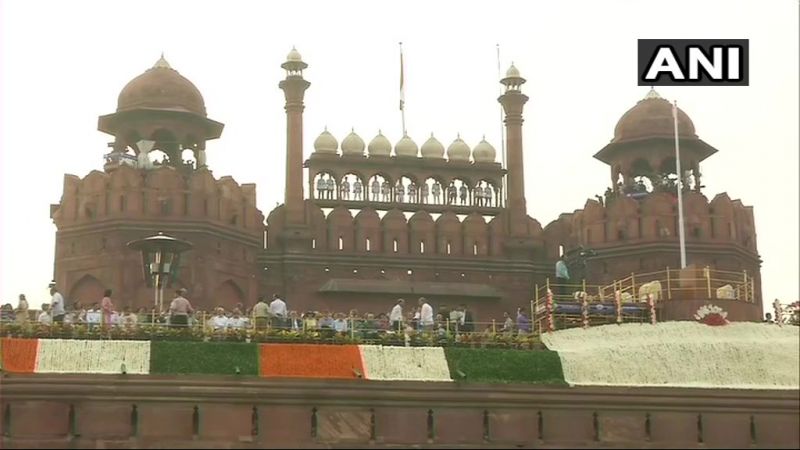 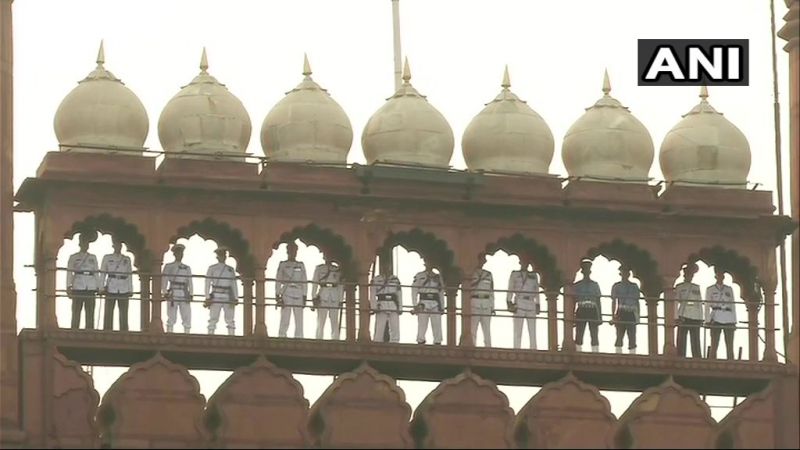