The Congress, while concurring with the EC’s view, challenged Prime Minister Narendra Modi to dissolve the Lok Sabha immediately. 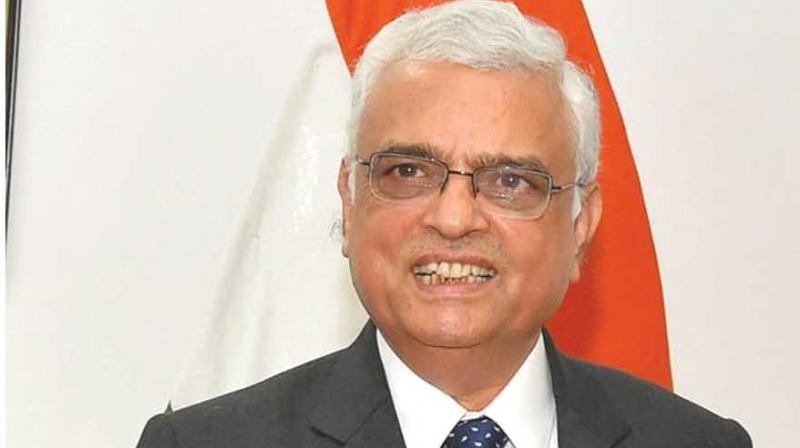 New Delhi/Patna: The Election Commission on Tuesday ruled out the possibility of holding general and Assembly elections simultaneously any time soon as a legal framework needs to be in place to facilitate extension or curtailment of the term of state assemblies

The terms of state Assemblies cannot be extended or cut short to hold elections without a change in the Constitu-tion, Chief Election Commissioner O.P. Rawat said a day after BJP president Amit Shah made a renewed push for “One nation, One poll”.

Speaking to the media, Mr Rawat explained why holding simultaneous elections requires a legal framework. “If the term of some state Assemblies needs to be curtailed or extended, then a constitutional amendment will be required… Logistics arrangement with regard to 100 per cent availability of VVPATs (paper trail machines) will be a constraint,” the CEC said in response to a question on whether simultaneous elections can be held anytime soon.

“On the issue of ‘One nation, One poll’, the Election Commission had given inputs and suggestions in 2015 itself… Other requirements of additional police force, polling personnel would also be needed,” he added.

The Congress, while concurring with the EC’s view, challenged Prime Minister Narendra Modi to dissolve the Lok Sabha immediately.

“The Congress will not only welcome an early Lok Sabha election, we are all geared to fight the BJP and eliminate it,” Congress general secretary Ashok Gehlot said. On Monday, Mr Shah, arguing that holding simultaneous elections would check expenditure and ensure that the nation is not in “election mode” throughout the year, urged the law commission to look into the issue. In his eight-page letter to law commission chairman Justice B.S. Chouhan, Mr Shah said holding simultaneous polls is not only a concept but a principle that has been successfully tried in the past and can be implemented.

Bihar chief minister Nitish Kumar, who has been advocating simultaneous polls for state Assemblies and Lok Sabha for quite some time, said on Tuesday that “One nation, One poll” was a good idea but not implementable in the forthcoming general elections.

Mr Gehlot said postponing the upcoming state Assembly elections and conducting these with Lok Sabha polls in 2019 is “not possible” under the Constitution as elections in Mizoram, Rajasthan, Chhattisgarh and Madhya Pradesh have to be conducted before the terms of these assemblies end. “There is only one way of holding simultaneous elections. The Prime Minister should dissolve the Lok Sabha and hold polls along with the four state Assembly elections,” he said adding, “It will be in the best interest of the country to dissolve the Lok Sabha early, given the all-pervasive atmosphere of fear, intolerance and intimidation”. The BJP said that though it favours the idea of holding simultaneous polls in the country, it rejects media reports suggesting that it is mulling holding Assembly polls in 10-11 states with the coming Lok Sabha polls. “We reject any such misplaced conception...We favour simultaneous polls and would want that the issue should be debated and a consensus build on it,” BJP national spokesperson Sambit Patra said, and added that there should be no politics or confusion over the issue.