More than 1.5 lakh people have been lodged in relief camps across the state, CM Vijayan said. 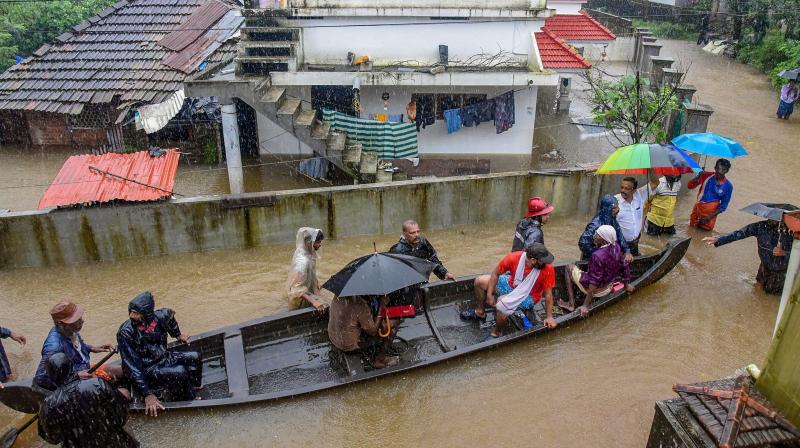 Kochi: The flood situation in Kerala further worsened on Wednesday with many areas inundated and flight operations suspended till Saturday at Kochi airport, as the toll rose to 67 with rain fury claiming 25 lives today.

The India Meteorological Department (IMD) issued a Red Alert in the entire state of Kerala on Wednesday.

Vijayan pointed out that the catchment areas of the the reservoir were receiving heavy rain.

Rajnath Singh informed Vijayan that based on the state's request, the Union Home secretary spoke to the Tamil Nadu chief secretary on release of more water from the dam to bring down the level to 139 feet.

A government release said Vijayan also spoke to Prime Minister Narendra Modi and Home Minister Rajnath Singh on the grave situation the state was facing following the rains. The prime minister has assured all help, it said.

In a statement, the Kochi airport said, "Kochi Airport operations temporarily suspended till August 18 Saturday, 2 pm since the inflow of water is still on a raising trend. We are working hard to drain out the storm water. All are requested to cooperate."

Earlier, the airport authorities had said that all flight operations will remain suspended till 2 pm on Wednesday. However, hours later, it was decided that the airport would remain closed till Saturday.

The decision comes after shutters of two dams of the Idukki water reservoir were opened on Tuesday evening to release excess water.

Shutters of dams in Periyar river were also lifted that triggered to flooding in the area. The airport is situated near Periyar river bank. 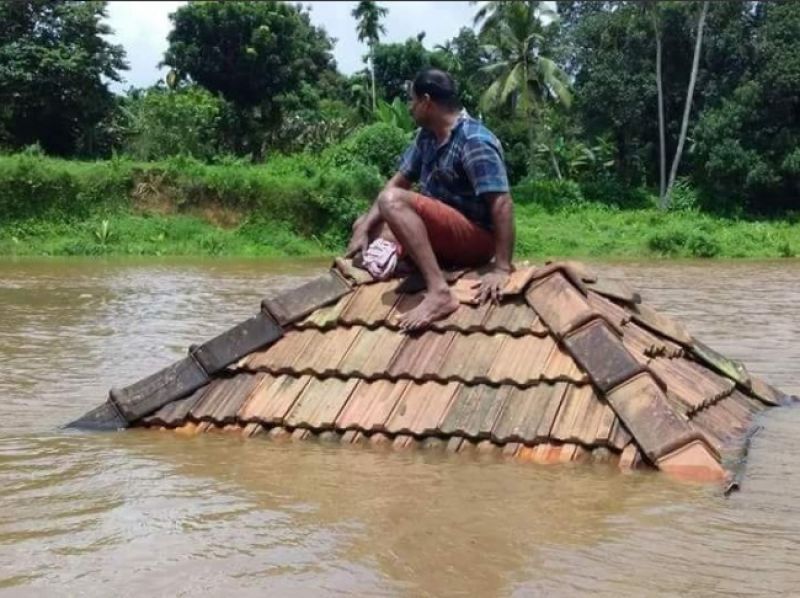 The weather station near the Kochi airport recorded 11mm of rainfall on Wednesday morning.

The weather office also issued warning saying that heavy rain accompanied with gusty winds, speed reaching 60 kmph, is expected in most of the districts of Kerala.

Several districts of the state including Idukki, Kozhikode, Kannur, Wayanad and Malappuram continue to witness landslides and flood. 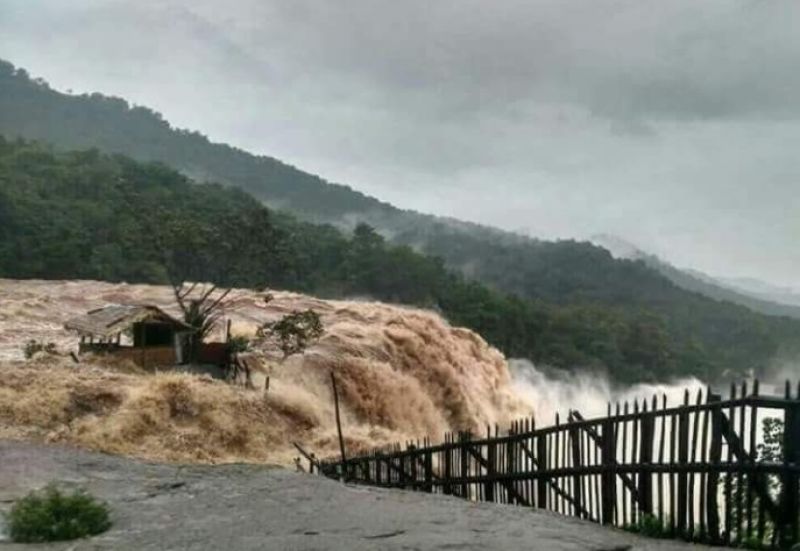 Kerala Chief Minister Pinarayi Vijayan said, "We're witnessing something that has never happened before in the history of Kerala. Almost all dams are opened. Most of our water treatment plants are submerged, motors are damaged. We're keeping all this in mind but our priority is to get drinking water to the people."

"All the officials are involved in the rescue and relief operations. The rain will continue for the next four days and we all need to be careful. The neighbouring states have been helping us and we need their help in the future too," added the chief minister. 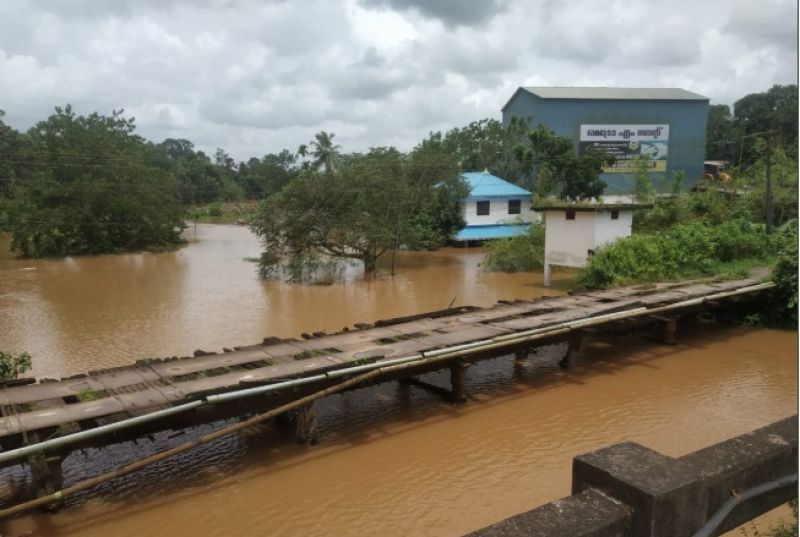 Several people have vacated their homes due to landslides and land slips. People living in the downstream have been shifted to relief camps.

More than 1.5 lakh people have been lodged in relief camps across the state, Vijayan said.

In Independence Day speech, Prime Minister Narendra Modi said, "Many parts of India affected by floods. My thoughts are with families of those who lost their lives in floods."

Terming the flood situation in Kerala following heavy rains as something never witnessed by the state since Independence, Union Home Minister Rajnath Singh on Sunday announced Rs 100 crore as an immediate central relief. 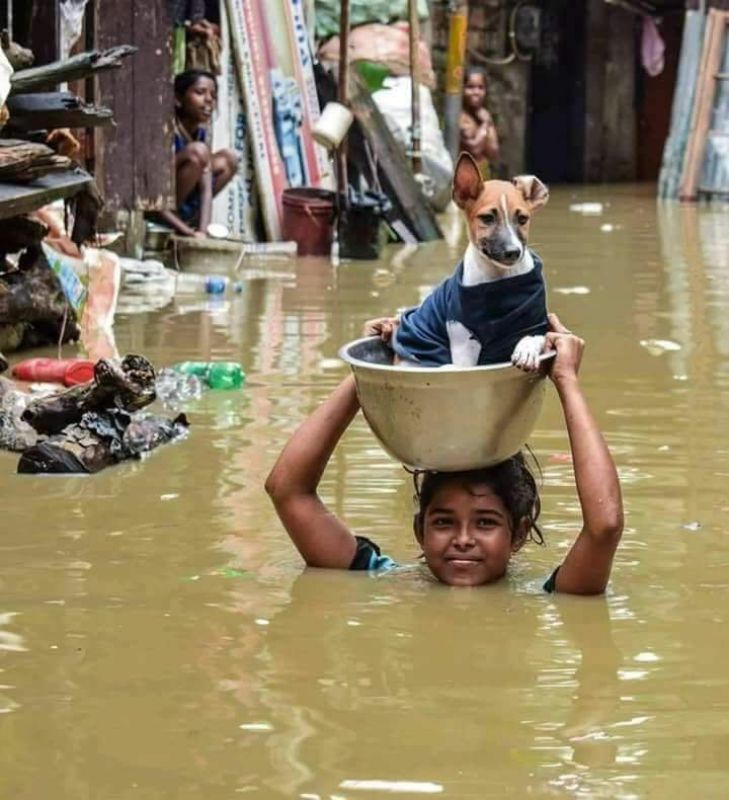 The minister, who made an aerial survey of badly affected areas in Idukki and Ernakulam districts, said the rains and floods had caused "massive damage" to the farm sector and infrastructures like roads and power.

Kerala Chief Minister Pinarayi Vijayan earlier told that the devastation is worst since 1924. The government also decided to do away with annual 'Onam' celebrations being organised by the state and to utilise the amount for relief measures, he said.