Rahul Gandhi says he is married; here’s who the bride is 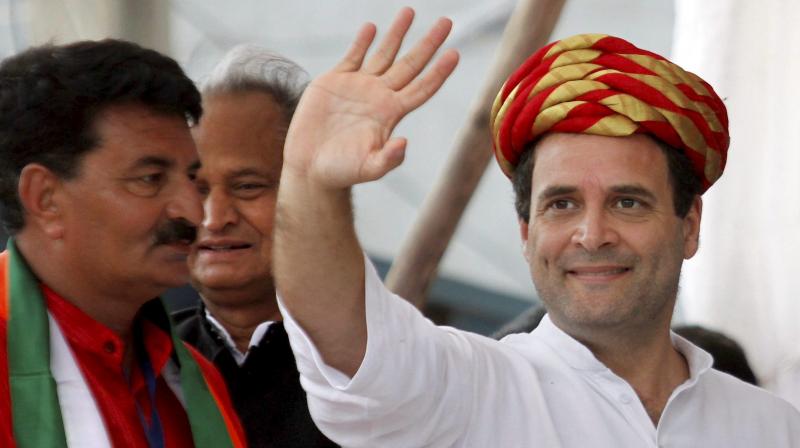 Hyderabad: Congress president Rahul Gandhi on Tuesday said that he is married to his party when asked about his plan to get married.

During an hour-long interaction with media persons in Hyderabad on Tuesday, Rahul also said that defeating Prime Minister Narendra Modi in 2019 Lok Sabha election is his party’s objective.

The Congress chief further predicted that the BP will not win 230 seats on its own as several of its allies are turning against it and said there is no question of Narendra Modi becoming the Prime Minister again.

Rahul Gandhi also exuded confidence that a Congress-led coalition would form the government in 2019.

According to a report in Hindustan Times, Rahul said, “We are talking to several like-minded parties, including those who were associated with us in the past and some new allies, to form a grand alliance to defeat the BJP in the next elections”.

However, Rahul evaded a reply on who would be the prime minister if the alliance of Congress and other non-BJP parties gets a majority.

Responding to a question on his hug to PM Modi in Parliament, Rahul said, “I had done it (hugging Modi) only to show that I don’t believe in hating people. But Modi doesn’t like his political rivals. He doesn’t even give them due respect. He doesn’t listen to anybody, but wants others to listen to him”.

When asked if he was adopting a soft Hindutva stand to appease the majority community, Rahul said he did not believe in any kind of Hindutva, HT further reported.

“If you are referring to my meeting religious leaders and visiting spiritual places, then I tell you I have been doing it since 2004. When I go to any state, I get invites to meet the spiritual leaders and I don’t find anything wrong in meeting them,” he explained.