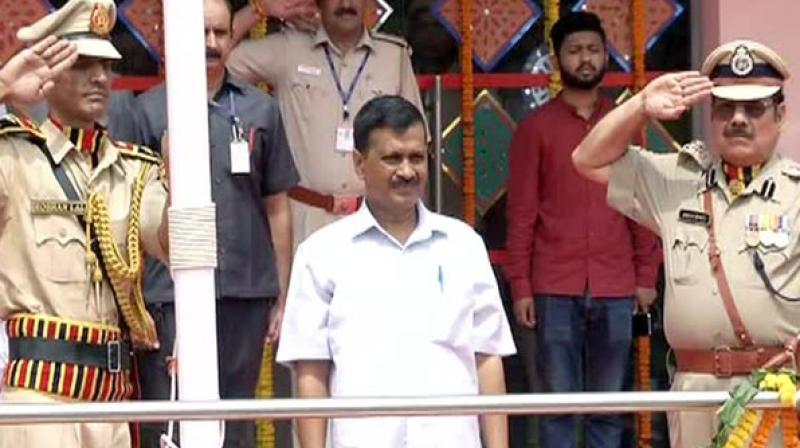 Invoking the feeling of patriotism, the Delhi Chief wished citizens by singing 'hum honge kamyab' (We shall overcome) at Delhi's Chhatrasal Stadium.

The Hindi version, which was translated by Indian poet Girija Kumar Mathur is an adaptation of a gospel song 'we shall overcome', a protest song and a key anthem of the Civil Rights movement.

This is not the first time the Delhi Chief Minister has sung at a public event. He previously expressed his love for music during his swearing-in ceremony in 2013 where he sang a song from the 1995 film 'Paigham'.