Releasing a report on the visit, they alleged that the 'real situation' in Kashmir is different from what is being portrayed. 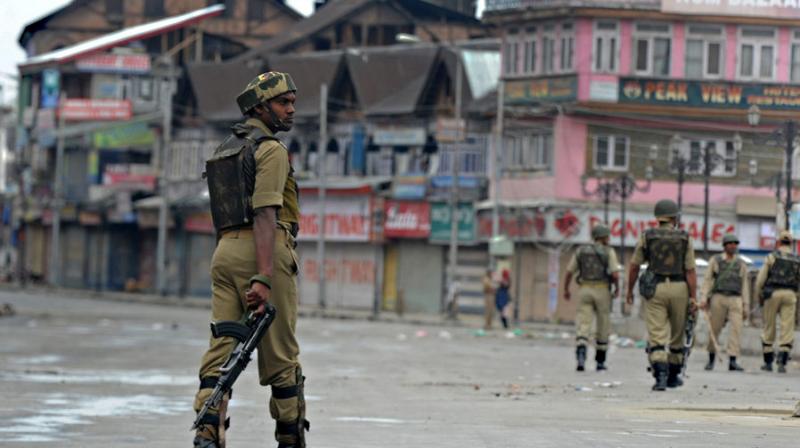 The solidarity team had made a short video about their visit, and it was to be screened during the press conference. (Photo: Representational)

New Delhi: Deserted streets, worried faces and an air of uncertainty -- these are some of the snapshots from Kashmir that a group of activists brought back after a five-day visit to the Valley.

Noted economist Jean Dreze and activists Maimoona Mollah, Kavita Krishnan and Vimal Bhai travelled to various parts of Kashmir from August 9-13 to assess the ground situation after special status to Jammu and Kashmir was withdrawn.

Releasing a report on the visit at a press conference, they alleged that the "real situation" in Kashmir is "quite different" from what is being portrayed.

A government spokesperson, when asked, chose not to comment on claims by the four activists.

In Srinagar, Munir Khan, additional director general of Jammu and Kashmir Police, said there were localised incidents in various parts of the city and other districts in the Valley but these were contained and dealt with locally.

According to Vimal of the National Alliance of People's Movement the situation is anything but normal.

"Kashmiri residents are virtually caged in their own homes, with all communication lines snapped. Streets were deserted," Vimal alleged at the press conference.

Dreze claimed protests by people have taken place, but they are either "being contained" or the government is "not acknowledging" them.

"Also, army and paramilitary personnel have been deployed in massive numbers to keep a watch on them. People are constantly under watch and people are unable to move in a group," he said.

Vimal claimed the team visited a hospital in Srinagar and met a couple of boys who had suffered "pellet gun injuries".

Maimoona Mollah of the All India Democratic Women's Association said people in the Valley were "enraged about not being consulted in the decision-making".

"Will people of Bihar or Tamil Nadu not be outraged if their home state was bifurcated or trifurcated without them being consulted," Krishnan added.

The solidarity team had made a short video about their visit, and it was to be screened during the press conference.

However, the activists claimed the Press Club told them that it could not be screened on its premises due to "some issues".

Reaching out to Kashmiris with messages of hope and optimism, Prime Minister Narendra Modi, in a televised speech on August 8, assured them of all-round development, early and transparent elections and end to terrorism.