Madhav was accompanied by Ladakh MP Jamyang Tsering Namgyal during the Independence Day celebration in the region. 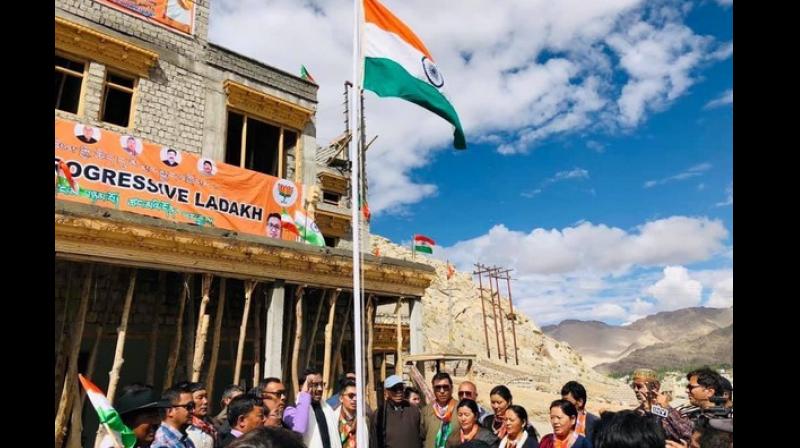 Ladakh: BJP leader Ram Madhav, who is also the party's in-charge of the northeast states, celebrated Independence Day here on Thursday. He unfurled the National Flag at BJP office in Leh today morning.

Notably, Madhav was accompanied by Ladakh MP Jamyang Tsering Namgyal during the Independence Day celebration in the region. He was welcomed by scores of BJP workers after reaching Leh.