The posters were found lying in the Gandhi Centre area in Cherla Mandal in Bhadradri Kothagudem. 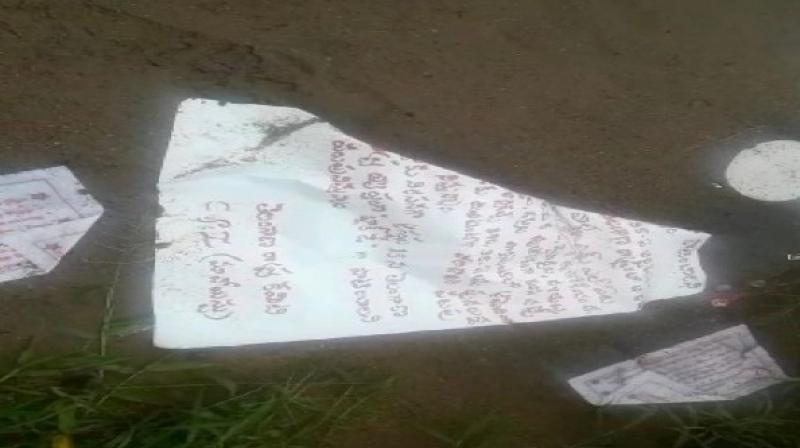 Bhadradri Kothagudem: Posters of the CPI Maoist state committee urging people in Telangana to consider Independence Day as 'Black Day' were found in the town of Cherla Mandal here on Thursday.

The posters were found lying in the Gandhi Centre area in Cherla Mandal in Bhadradri Kothagudem.

Similar posters were also found in Veerabhadravaram village in Mulugu district of the state. These posters were released in the name of Vajedu committee of CPI (Maoist).