He was addressing a gathering after hoisting the tricolour on the premises of the Mantralaya, the state secretariat here, on the 73rd I-Day. 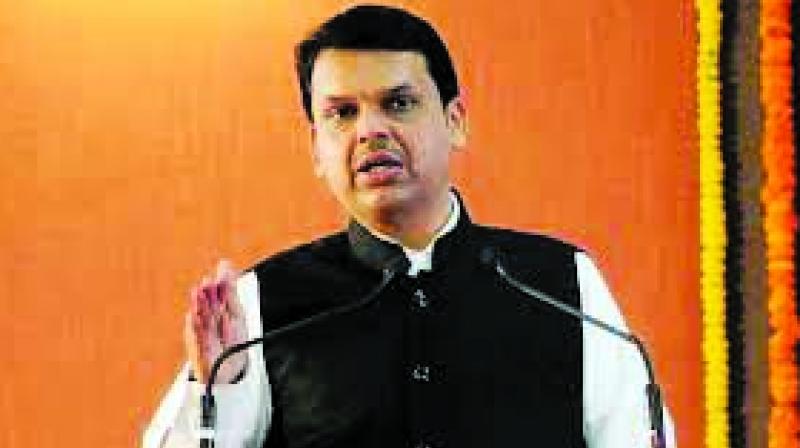 Fadnavis also said that efforts will be made to make the state completely drought-free by diverting rain water from Konkan region to North Maharashtra. (Photo: File)

Mumbai: The Maharashtra government will strive to ensure that the rehabilitation of the flood-affected people in the state is done in record time, Chief Minister Devendra Fadnavis said here on Thursday.

He also said that efforts will be made to make the state completely drought-free by diverting rain water from Konkan region to North Maharashtra and Marathwada as well as water from Wainganga river to Vidarbha by constructing a tunnel.

He was addressing a gathering after hoisting the tricolour on the premises of the Mantralaya, the state secretariat here, on the 73rd Independence Day.

"I would like to assure the people who lost their homes, livelihood in the floods that the government will strive to ensure that they are rehabilitated in record time," he said.

Stating that rehabilitating people was a challenging task, he added that Rs 6,800 crore package has been finalised for expeditious implementation of the rehabilitation plan.

"I thank the people of the state for standing by the flood-affected and also by the state government in its endeavour for the rescue and relief operations," he said. Various government agencies, including NDRF, SDRF, Navy, IAF, Army, Coast Guard successfully rescued and evacuated over five lakh people from the flood-hit areas of the state in the last 10 to 15 days, Fadnavis said.

The death toll due to floods in five western Maharashtra districts, including the worst-affected Kolhapur and Sangli districts, reached 50 on Wednesday. At least 6.45 people were shifted to safety in Kolhapur and Sangli districts till Tuesday due to flooding. Highlighting his government's performance over the last five years, Fadnavis said sincere efforts have been made to make a positive change in the lives of citizens cutting across the sections of the society. "An unprecedented Rs 1.5 lakh crore investment has been made in the agriculture sector.

At least Rs 50,000 crore have been deposited in the bank accounts of farmers under various government subsidies and agriculture schemes," he said. "Similarly, under the Jalyukt Shivar scheme, efforts to make the state water neutral is bearing fruits.

We have been facing drought for the last three consecutive years," Fadnavis said. The chief minister said that his government will work for making the state completely drought-free, for which rain water from Konkan, which goes into the sea, will be diverted to the Godavari river basin to make North Maharashtra and Marathwada drought-free.

Similarly, irrigation projects in the drought-prone areas of Western Maharashtra will be expeditiously completed with the Central government assistance, he added. Fadnavis said Maharashtra has maintained its numero uno position in the fields of industrial investment, FDI under his leadership and also implemented various schemes for social justice .

"Maharashtra's share in the FDI is more than 50 per cent of the national investment. We will contribute USD one trillion towards Prime Minister Narendra Modi's dream of making India a USD 5 trillion dollar economy," he said.

"On the occasion of Independence Day, we should together pledge to take Maharashtra to newer heights through our development works," he said. Independence Day is the time to recollect the sacrifices of the freedom fighters- satyagrahis who fought through non-violent means, as well as the revolutionaries, who led an armed struggle against the British.

"Under PM Narendra Modi's leadership, if we all strive to create a New India, our country will become a super power," he said. "Today, apart from Modiji hoisting the tricolour in Delhi, the flag was hoisted in Ladakh, Srinagar and Jammu as well in free atmosphere. All this has happened because of Modiji and Home Minister Amit Shah," he said.