India   All India  15 Aug 2020  Professor Shoma Sen, arrested in Elgar case, to get her retirement benefits
India, All India

Professor Shoma Sen, arrested in Elgar case, to get her retirement benefits

A division bench of the court passed an interim order on Shoma Sen’s petition, asking the varsity to release the amount in a week 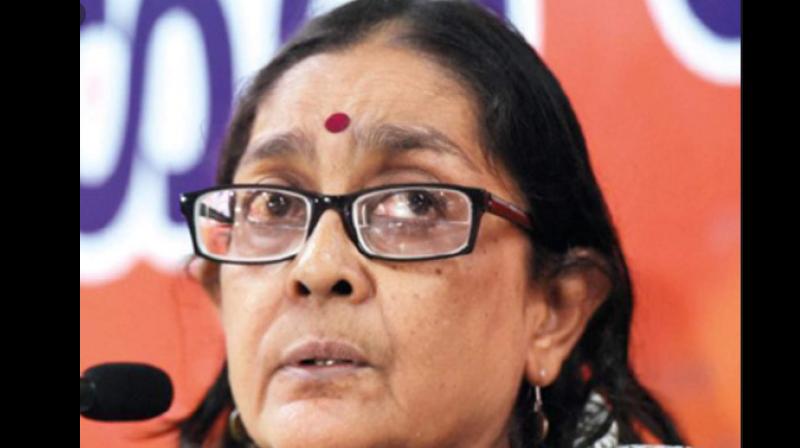 Mumbai: The Bombay High Court has directed the Nagpur University to pay retirement benefits amounting to Rs 5 lakh to Shoma Sen, a former professor who has been arrested in the Elgar Parishad-Maoist links case.

Sen has been in jail since her arrest in 2018. She moved the Nagpur bench of the High Court against the university's decision to withhold her gratuity and Provident Fund.

A division bench of the court passed an interim order on Shoma Sen’s petition on Thursday, asking the varsity to release the amount in a week.

Sen was head of the Department of English at Nagpur varsity and retired in July 2018. But a month before that the university suspended her from service following her arrest, and withheld retirement benefits.

The High Court's order said the varsity did not provide a satisfactory explanation as to why Sen's retirement benefits were withheld. The next hearing of the case has been posted hearing after four weeks.

“In the meantime, we direct the university to pay an amount of 5,00,000 to the petitioner within a period of one week, without prejudice to the rights and contentions of the parties. This shall be subject to further adjustment upon final adjudication,” the court said.

Sen was among those who were arrested following the Pune police’s investigation into the Elgar Parishad conclave of December 31, 2017, which had been allegedly backed by the Maoists, and the violence near Bhima-Koregaon war memorial the next day.