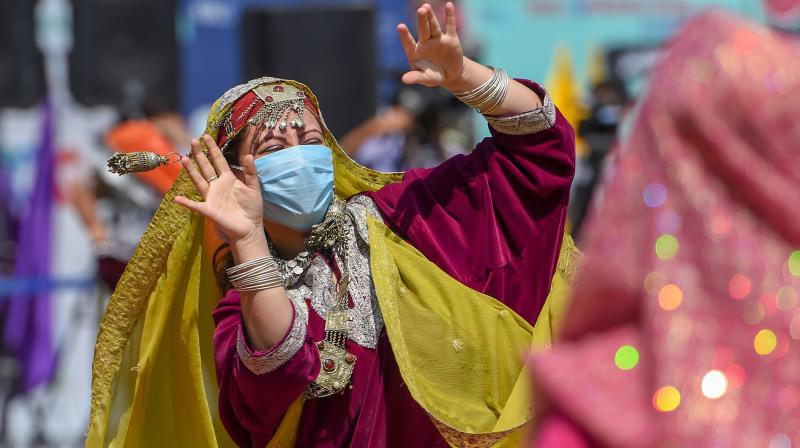 He also said that they are getting good results in the anti-militancy operations, while security has been further strengthened for the safety of the panchs and sarpanchs in view of the recent attacks on them.

"The CRPF is deployed in large numbers in Jammu and Kashmir and over 1,000 personnel have sacrificed their lives (in counter-insurgency operations) over the years," he said.

"The force is performing well and all the security agencies, including police, Army and CRPF, are enjoying good synergy among themselves," Hassan told reporters on the sidelines of a function to mark the 74th Independence Day here.

He said the synergy among the forces is getting good results in the anti-militancy operations and "we are expecting peace to continue to prevail in Kashmir".

Asked about the recent spurt in the attacks on Panchayati Raj Institution members and the BJP workers, the special DG said several measures have been taken to strengthen the security of the vulnerable persons.

"The CRPF is also involved in it," he said without elaborating further.

The CRPF celebrated the 74th Independence Day with full zeal and fervour, and paid homage to the freedom fighters who fought and gave up their lives for the independence and also to those who sacrificed their lives to maintain rule of law, public order and internal security.

"All the establishments and institutions of CRPF based in Jammu celebrated Independence Day with full vigor and enthusiasm while maintaining social distancing norms due to the COVID19 pandemic. Tricolor was unfurled at all the camps located in different parts of the region," a CRPF spokesman said.

The main programme was organised at Group Centre CRPF Bantalab, where the special director general unfurled the tricolor and appealed to the personnel to keep up the flag of nation high.

Hassan also asked them to perform different types of duties with the same dedication and commitment, and maintain the tradition of the CRPF.

He also praised the work of COVID-19 warriors viz CRPF doctors, para-medical staff and CRPF troops who have played a significant role during the outbreak of COVID-19.

He also congratulated CRPF personnel who were awarded with medals and decorations on this occasion.

The CRPF has been given 55 Police medals for Gallantry (PMG), including four PMG posthumously, four President's Police Medal for Distinguished Service and 59 Police Medals for Meritorious Service.