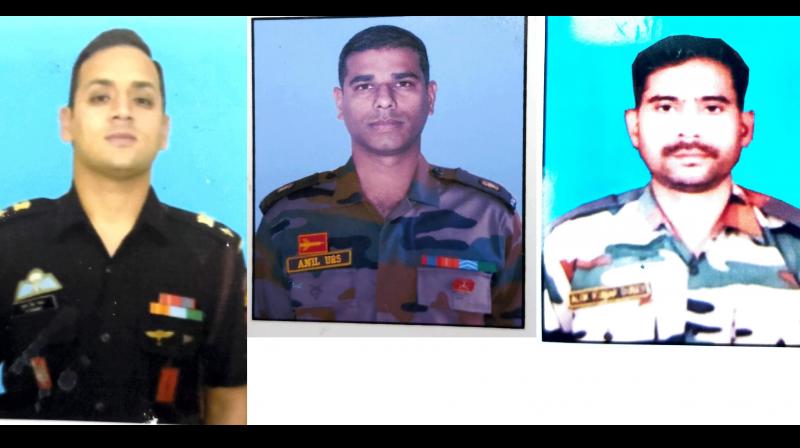 Indian Army personnel who courageously fought Chinese troops in Eastern Ladakh, particularly in Galwan Valley, are likely to be given gallantry awards during Republic Day in January. They don’t figure in the gallantry awards list for Independence Day.

Wing Commander Vishak Nair, from the Indian Air Force, has also been conferred with the Shaurya Chakra on the eve of Independence Day.

Major Anil, from  Maratha Light Infantry laid an ambush on receiving intelligence that terrorists were planning to infiltrate from across the line of control (LoC). On spotting the group of terrorists, Maj Anil killed three terrorists. Being in close proximity to LoC, his action drew violent fire from the Pakistan army. However, Maj Anil chose to remain at the location awaiting an opportunity to engage the rest of the terrorists. After a life threatening wait of fifteen minutes, the team sighted and brought down fire on two more terrorists, leading to neutralisation of a total five terrorists in the ambush.

Lt Colonel Rawat from the elite Special Forces was team leader of a mission-oriented team, deployed along the LoC in J-K for conduct of counter infiltration and counter terrorist operations. On receiving inputs about infiltration attempts by terrorists, he led his team to a 36 hours search and kill ambush, in a tough terrain and under difficult weather conditions near LoC. He and his team killed four terrorists during the operation.

Havildar Alok, from Rajput Regiment 44 battalion of the Rashtriya Rifles, was deployed as a stop in the inner cordon during an operation last year in June in a village in J&K. He challenged a group of terrorists who were trying to break the cordon, and killed one top terrorist despite coming under indiscriminate fire. He further prevented other terrorists from escaping and facilitated his team to tighten the cordon. His courageous action led to elimination of all four terrorists.