Till now only clashes between Indian, Chinese troops in Pangong Tso and Galwan on May 5, and in Galwan Valley on 15 June have been reported. 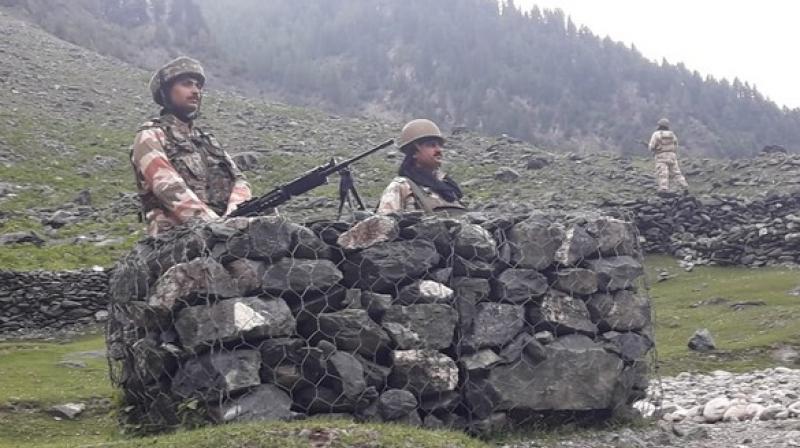 New Delhi: Indian and Chinese troops clashed multiple times in May and June at the Line of Actual Control (LAC) in Eastern Ladakh, a fact that emerged on Friday after the Indo-Tibetan Border Police (ITBP) recommended 21 names of its men for gallantry medals. They faced the Chinese during face offs and skirmishes in May-June 2020, some of which lasted for 17-20 hours.

The ITBP director general SS Deswal said in a statement that the force has recommended 21 Gallantry medals and 294 DG Gallantry Commendations for ITBP personnel “for displaying raw courage and bravery” during the face-off with Chinese troops in eastern Ladakh in May-June.

“The ITBP troops not only effectively used shields to protect themselves but also responded fiercely to PLA advancing troops and brought the situation under control. With the highest order of professional skills, ITBP troops fought shoulder to shoulder and also brought the injured Indian Army troops to the rear,” the statement said.

It said that even when the ITBP troops fought the whole night, they received minimum casualties by giving befitting reply to the stone pelters of the PLA. "At places they gave determined standoff about 17 to 20 hours throughout the intervening nights," said ITBP.

“Due to the high altitude training and manoeuvre experience of the force in the Himalayas deployments, the ITBP troops kept the PLA troops at bay and due to the all out and befitting response of ITBP jawans at almost all fronts, many areas were safeguarded in the hyper sensitive areas,” ITBP said. This shows that the situation at LAC was more serious than previously known.

Also, 294 ITBP personnel were awarded with the DG’s commendation rolls and insignias on the eve of Independence Day for their courage and bravery during clashes with Chinese troops.