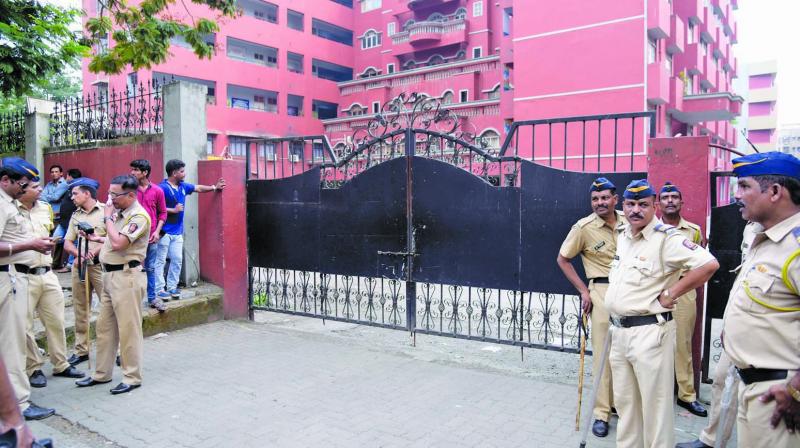 Mumbai: In a major setback to Ryan Pinto, CEO of Ryan International Group of Institutions, and his parents Augustine and Grace, founding chairman and managing director of the group respectively, the Bombay high court has rejected the transit anticipatory bail application in light of Supreme Court observations.

Meanwhile in Gurgaon, the police detained and questioned Harpal Singh, a gardener at Ryan International School, who is a key witness in the murder of a Class 2 student, and is likely to make more arrests. “Some more arrests are likely to be made,” a senior Special Investigation Team (SIT) official said.

The Pinto family had approached the high court seeking bail apprehending arrest in connection with the murder of a seven-year-old boy in the toilet of a school run by the group in Gurugram on September 8.

The apex court had observed in a 2013 case that transit anticipatory bail cannot be given by a high court or sessions court in a crime that falls within the jurisdiction of a court in another state, and there was no provision for the same in the Criminal Procedure Code (CrPC) either.

The court, however, granted an extension of stay on remand for 24 hours on the condition that the Pintos deposit their passports with the police commissioner by 9 pm on Thursday.

The trio will be approaching the relevant court in Haryana for anticipatory bail.The final hearing on the transit anticipatory bail application filed by the Pintos in the court of justice A.S. Gadkari started with advocate Sushil Tekriwal, the intervenor, on behalf of Barun Thakur, the father of the seven-year-old boy, forwarding his submissions opposing the application.

Mr Tekriwal submitted arguments pointing to the fact that the Supreme Court had struck down a similar transit anticipatory bail application given by a Madhya Pradesh court to an accused in the murder of Navi Mumbai builder Sunil Lahoria. Hence, the application of Pintos was not maintainable.

Public prosecutor Aruna Pai also referred to the same SC order and also placed another order of a Kolkata bench that had rejected a similar application for transit anticipatory bail. She furthered her arguments by reading out the SC observations, which said that it was shocked and surprised at the order of the Madhya Pradesh court in granting transit anticipatory bail to an accused whose application had already been rejected by the Bombay high court.