India   All India  15 Sep 2018  Missionaries of Jesus want to harass my sister, says brother of Kerala nun
India, All India

Missionaries of Jesus want to harass my sister, says brother of Kerala nun

The Kerala nun’s brother also alleged that the involvement of the Vatican was 'fake news'. 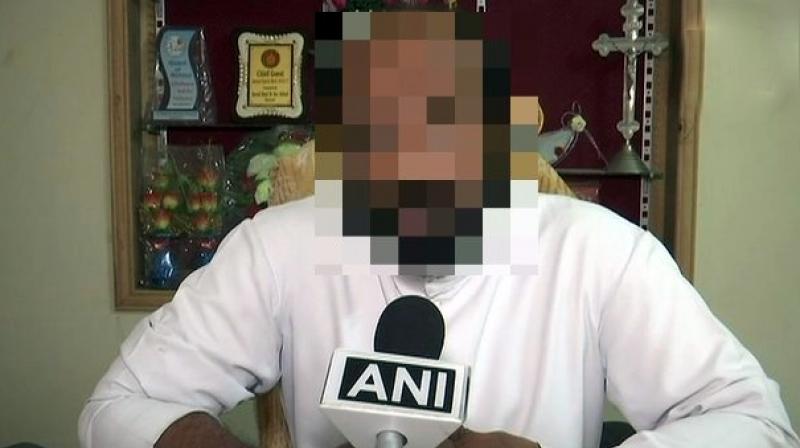 Kottayam: A day after Missionaries of Jesus flouted the country’s anti-rape law and released a photograph of the nun seated with her alleged tormentor, brother of the nun on Saturday condemned the act and accused the congregation of harassing his sister in the process.

“It is very shameful, people of a congregation like that don't know Court's order. It is very sad that they want to harass my sister in such a way,” news agency ANI quoted him as saying.

The nun’s brother also alleged that the involvement of the Vatican was “fake news”.

"It's being discussed the Vatican is getting involved but I feel it's fake. It was said they may take two-three days to take action but if they want to take it before Pope, they could take it even today and if they do, they will write and send it to people concerned," he said.

"So far we have not received a letter like that. So I feel it is a fake news. It may be the handiwork of the culprit and his team in order to weaken the spirit of the protesters in Kerala and other parts of the world," he added.

This came even as Kottayam police said that a notice had been served to Bishop Franco Mulakkal to appear before the cops on September 19.

Kottayam Superintendent of Police Harshankar said, "Jalandhar Bishop Franco has been served notice to appear for interrogation on September 19."

Kerala police on Friday had registered a complaint against the Missionaries of Jesus hours after the congregation released a photograph of the nun.

The congregation put out the photograph in a release issued to the media to publish the findings of its inquiry commission, which looked into the nun's allegations.

On Thursday, brother of the Kerala nun said that influential politicians are shielding and supporting rape accused Bishop Franco Mulakkal. He said with eye on upcoming elections, the Kerala government is refraining from taking any action to break cordiality between the church and the authorities.

The nun, who is in her late 40s, has accused the clergyman of raping and having unnatural sex with her multiple times between 2014 and 2016.

The bishop has, however, dismissed the allegations as "baseless and concocted", insisting she leveled charges against the Catholic order as it had rejected her demand for favours.