He is the first Lokayukta to be assuming charge since the state bifurcated in 2014. 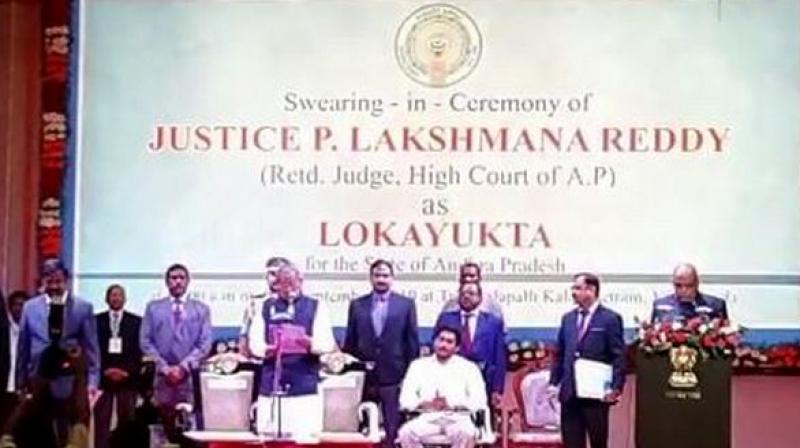 Amaravati: Justice P Lakshman Reddy was sworn in as the first Lokayukta of the state on Sunday.

The oath was administered by Governor Biswabhushan Harichandan.
Chief Minister YS Jaganmohan Reddy accompanied by many other senior officials of the state presided over the event.

Justice Reddy will be holding the position for the next five years.

He is the first Lokayukta to be assuming charge since the state bifurcated in 2014.

Justice Reddy had begun his career as an advocate in the district court and later elevated to the status of the judge in the High Court.