Khattar said that state government was already in process of issuing family id-cards to people of Haryana. 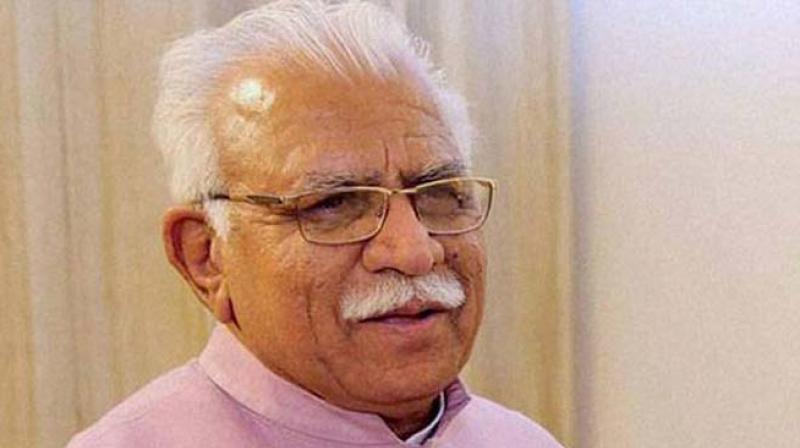 Chandigarh: Haryana Chief Minister Manohar Lal Khattar, on Sunday, hinted about the introduction of the National Register of Citizens (NRC) in the state, without elaborating on any definite plans.

Khattar addressed the media outside Bhalla’s Sector 16 residence in Panchkula. “Justice Bhalla had headed the Haryana Human Rights Commission besides holding various other positions. These days, he is working on NRC. I also said that we shall implement NRC in Haryana and sought his cooperation on how to implement it. He [Justice Bhalla] has also suggested that Haryana should also have a Law Commission. We shall examine that too and if people get benefitted with this, we shall also constitute one in the state,” he said.

The Indian Express reported Justice Bhalla to have said, “Yes, I suggested the Chief Minister two things – NRC and State Law Commission in Haryana. NRC is only in Assam, currently. So, he [CM] was of this view that in Haryana, there should also be NRC. Residents should be given a card that they are the genuine residents of the state. It was a passing reference so far.”

“I think the Model Code of Conduct shall also be imposed tomorrow. Thus, they cannot work on this [NRC]. But once the BJP returns to power, then, of course, things might come upon this. As of now, saying much on this is premature. But, it was his desire that Haryana should also have NRC so that people should not face any problems. It will be a card like Aadhaar card, but a separate one,” he said.

In a statement issued later this evening, Khattar said that state government was already in process of issuing family id-cards to people of Haryana. The same database shall also be used for the implementation of NRC in the state.