India   All India  15 Sep 2020  Rajnath Singh to address both Houses of Parliament on India-China standoff today
India, All India

On June 15, 20 Indian soldiers had been killed in a major confrontation with Chinese soldiers in Galwan region of Ladakh. 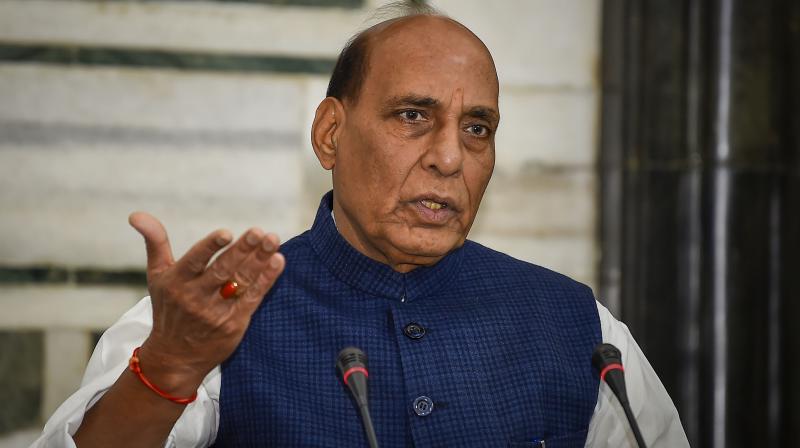 New Delhi: Amid escalating tension between Indian and Chinese troops in Ladakh, Defence Minister Rajnath Singh will address both Houses of Parliament over the standoff in the region at around 3 pm on Tuesday.

The statement to be made by the Defence Minister is coming apparently after the issue was raised by the Opposition during the Business Advisory Committee meetings of both the houses, which were held on September 13.

The Centre has relentlessly been attacked by the Congress party, mainly by its leader Rahul Gandhi, to make its stand clear on the Ladakh standoff amid repeated transgressions by Chinese soldiers since April this year.

On June 15, 20 Indian soldiers had been killed in a major confrontation with Chinese soldiers in Galwan region of Ladakh.