The bypoll witnessed a three-cornered race contest among major political parties -- the Congress, the BJP and the AAP. 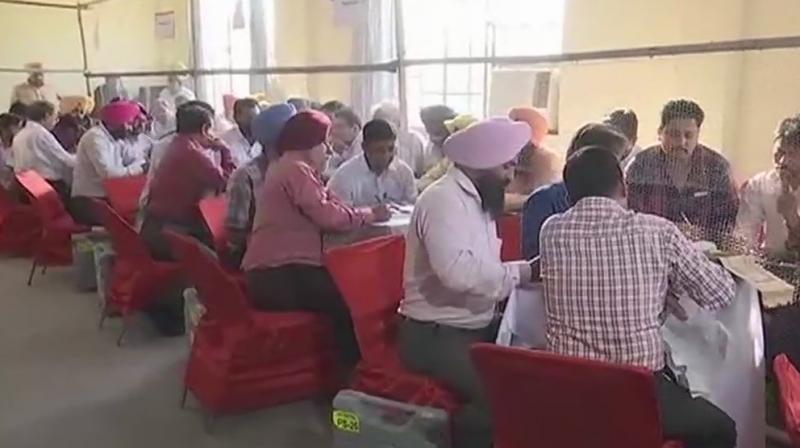 Gurdaspur (Punjab): Counting of votes for the Gurdaspur Lok Sabha bypoll, which is witnessing a three-cornered race among the BJP, the Congress and the AAP, began at 8 on Sunday morning. Congress' state chief Sunil Jakhar is leading with over a lakh votes. Two centres have been set up for the counting of votes.

Tight security arrangements have been made at the counting centres, official said. The result will be declared by afternoon.

The bypoll witnessed a three-cornered race contest among major political parties -- the Congress, the BJP and the AAP. The bypoll is seen as a barometer for the popularity of the six-month-old Congress government in Punjab. Congress candidate Sunil Jakhar had earlier claimed the bypoll would be a "referendum" on the NDA government.

The BJP had also tried pulling out all the stops to retain the seat, which actor-turned-politician Vinod Khanna had won four times on its ticket. A victory would give much-needed boost to the BJP, which had bagged just one segment of Sujanpur out of the four seats it had contested in the assembly polls.

The AAP, the main opposition party in Punjab with 20 seats in the House, was also looking to strengthen its presence in the state with victory in the bypoll. The seat had fallen vacant following the demise of Mr Khanna in April.

The polling percentage in the nine assembly segments was also lower than what was recorded in 2017 assembly elections.