India re-elected to UNHRC for 6th term with overwhelming majority 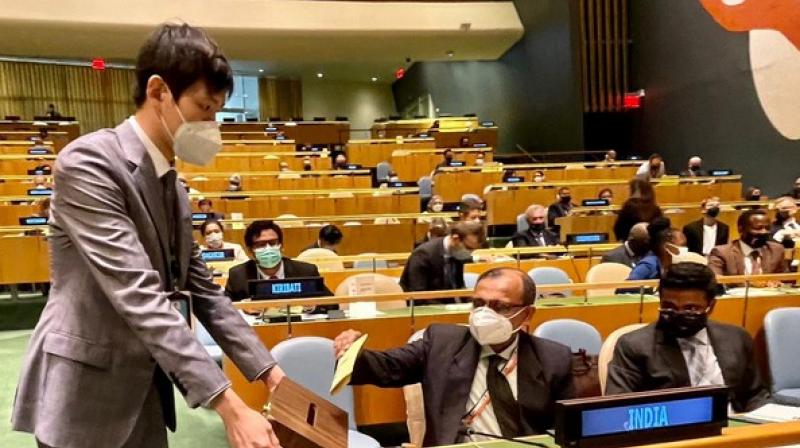 New York [US]: India on Thursday was re-elected to the United Nations Human Rights Council (UNHRC) for a sixth term (2022-24) with an overwhelming majority as it vowed to promote and protect human rights through "Samman, Samvad and Sahyog".

"India gets re-elected to the @UN_HRC (2022-24) for a 6th term with an overwhelming majority. Heartfelt gratitude to the @UN membership for reposing its faith in. We will continue to work for promotion and protection of Human Rights through #Samman #Samvad #Sahyog," India's Permanent Mission to the United States tweeted from its official Twitter handle.

A total of 18 member states were chosen in a secret ballot. Other members who were elected to the council were Argentina, Eritrea, Finland, Benin, Cameroon, Gambia, Honduras, Kazakhstan, Lithuania, Luxembourg, Malaysia, Montenegro, Paraguay, Qatar, Somalia, UAE and the US.

The Human Rights Council is an inter-governmental body within the United Nations system responsible for the promotion and protection of all human rights around the globe. It has the ability to discuss all thematic human rights issues and situations that require its attention throughout the year. It meets at the UN Office in Geneva.