Chief Minister Arvind Kejriwal demanded roll back of the decision of demonetisation. 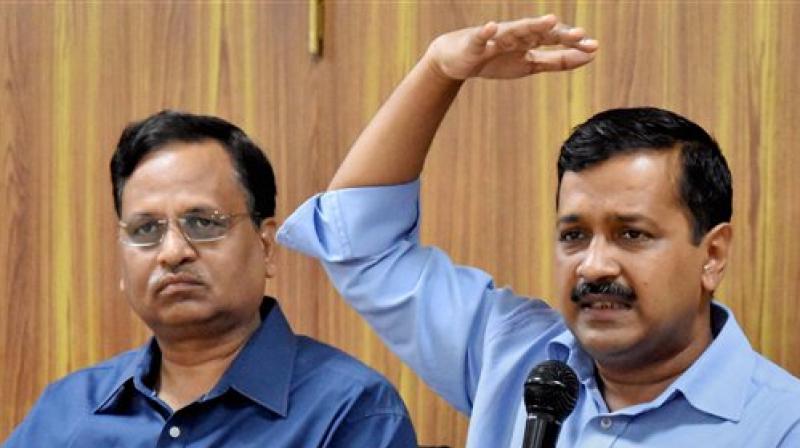 New Delhi: The Delhi Government has convened an emergency session of the Delhi Assembly on Tuesday to discuss the situation arising out of demonetisation of 500 and 1,000 rupees notes.

The decision to this effect was taken at a Cabinet meeting on Monday.

Briefing reporters, Chief Minister Arvind Kejriwal said the government has also decided to deploy its civil defence volunteers near ATMs and bank branches to help the people in queues.

He also demanded roll back of the decision of demonetisation of high value notes and bring it after a well chalked out plan.

He had earlier dubbing the demonetisation of high currency notes as a "huge scam", and alleged that BJP had told all its "friends" about the move much before Prime Minister Narendra Modi's announcement and demanded its immediate roll back.

He termed the Centre's decision to demonetise Rs 500 and Rs 1,000 notes as "surgical strike" on common man's "small savings" and not on "black marketeers".

"What according to the Prime Minister is the definition of black money? Have India's top industrialists - Ambani, Adani, Sharad Pawar, Subhash Chandra and Badal amassed black money or the common man like farmers, rickshaw-pullers, shopkeepers and labourers did.”

"BJP should disclose a list of all its friends whom it had told about the demonetisation much before the Prime Minister's announcement and that settled their black money," he said.