A rifle and three unexploded IEDs were recovered from the site by the Assam Rifles troopers. 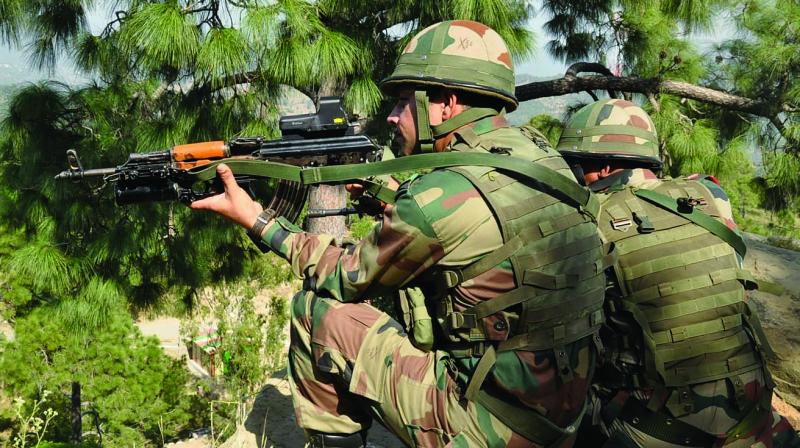 A search operation by 4 Assam Rifles (28 Sector) was launched earlier in the day, where armed terrorists ambushed the Regiment at Chamoli Top at around 05:30 am. (Photo: File/Representational)

Imphal: A militant was on Wednesday killed while two Assam Rifles jawans were injured in an encounter between heavily-armed militants and the paramilitary force in Chandel district of Manipur bordering Myanmar, police said.

A gunbattle followed in which the unidentified militant was killed and two Assam Rifles jawans were injured, the police officer said.

A rifle and three unexploded IEDs were recovered from the site by the Assam Rifles troopers, he said.

Additional forces were rushed to the remote village and a combing operation was on, the police officer said.

On Monday, two Assam Rifles jawans were killed and six others were injured when militants exploded a powerful IED at Man Mani village in the same district, following which security had been strengthened.