Footage showed Tiwari who was standing at the edge of an elevated platform when an AAP MLA pushed him, causing him to nearly fall. 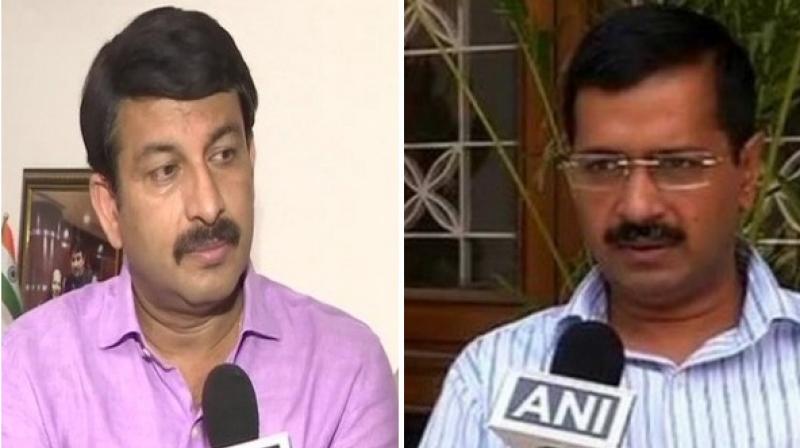 Tiwari had claimed that the entire incident took place in front of Kejriwal and alleged that he was stopped by the police and AAP supporters from attending the event. (Photo: ANI)

New Delhi: Delhi Chief Minister Arvind Kejriwal has been named as an accused in a First Information Report (FIR) lodged by the Delhi Police on the complaint of Bharatiya Janata Party (BJP) state unit chief and Member of Parliament Manoj Tiwari in connection with the scuffle that took place during the inauguration ceremony of Signature Bridge.

On November 4, Tiwari got into a brawl with the Aam Aadmi Party (AAP) workers and the Delhi Police at the event after which he wrote to Deputy Commissioner of Police (DCP) North- East Delhi and filed a complaint against AAP Member of Legislative Assembly (MLA) Amanatullah Khan, Kejriwal and unknown persons. Khan was caught on camera shoving Tiwari during the inauguration ceremony of the Signature Bridge.

In a video footage of the incident, Tiwari was seen standing at the edge of an elevated platform when Khan, an AAP MLA from Okhla, pushed the BJP's Delhi unit chief, nearly causing him to fall. A large number of police personnel and AAP workers were also present on the occasion.

While speaking to ANI after the scuffle, Tiwari had claimed that the entire incident took place in front of Kejriwal. He had alleged that he was stopped by the police and AAP supporters from attending the event.

Announced in 2004, the 575-metre bridge over the river Yamuna aims at reducing travel time and traffic congestion between the north-eastern and northern parts of the national capital, and is the first asymmetrical cable-stayed bridge in India.