According to the Central Pollution Control Board (CPCB), the air quality index (AQI) was 465 at 6.30am. 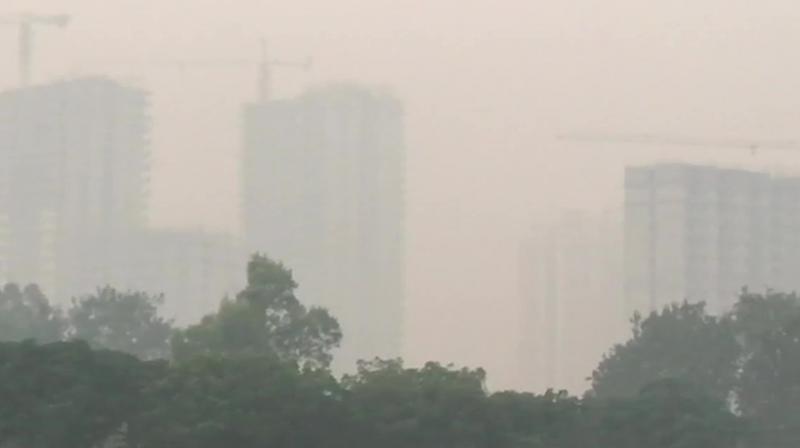 The Delhi government and pollution monitoring agencies will review the situation on Friday. (Photo: ANI)

New Delhi: The air quality in the national capital plunged a few notches in the ‘severe’ zone on Friday morning and the schools in Delhi-NCR remained closed for the second day.

According to the Central Pollution Control Board (CPCB), the air quality index (AQI) was 465 at 6.30am. This was against the overall AQI reading of 463 on Thursday, reported Hindustan Times.

The Delhi government and pollution monitoring agencies will review the situation on Friday.

The government’s pollution monitoring agencies had forecast that the air quality would improve on Friday with wind speed picking up pace. Friday is also the last day of the odd-even scheme and Delhi’s transport minister Kailash Gahlot had said that a decision on extending the road space rationing drive would be taken later in the day.

On Wednesday, Delhi chief minister Arvind Kejriwal said that his government was ready to extend the odd-even drive if pollution levels in the national capital continued to spike.