India   All India  15 Dec 2016  Congress has a lot to hide in chopper scam, Sonia Gandhi should reply: Govt
India, All India

Congress has a lot to hide in chopper scam, Sonia Gandhi should reply: Govt

Blaming Rahul for stalling of both houses, Ananth Kumar lashed out, calling him 'mastermind of gagging the Parliament.' 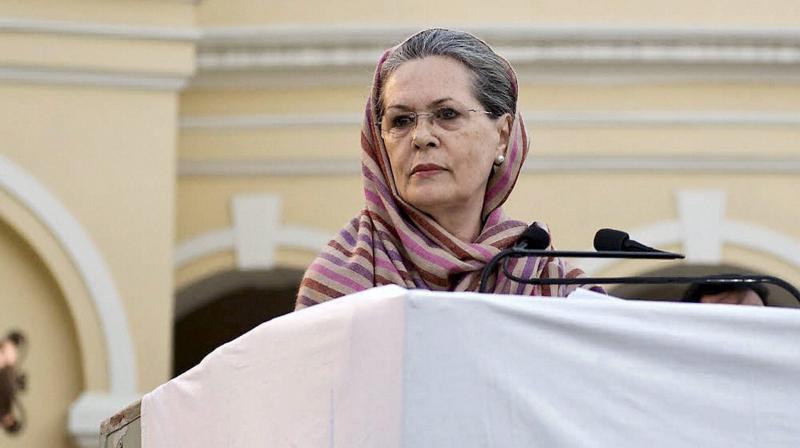 New Delhi: Government on Thursday dared Congress President Sonia Gandhi to respond in Parliament to allegations against her party over AgustaWestland scam, claiming that the Opposition party is stalling both Houses as it has a lot to hide.

Parliamentary Affairs Minister Ananth Kumar targeted Sonia as the government and opposition stepped up the blame-game over disruption of Parliament proceedings.

He also attacked Congress Vice President Rahul Gandhi, saying "those who are speaking about transparency, integrity and credibility from roof top, why are they not ready to debate about AgustaWestland."

The Minister demanded that the Congress President speak on the issue of chopper scam and "note jugaad", a reference to allegation that its worker had offered to exchange old currency notes for new.

Taking on TMC and Left parties, Kumar questioned their "silence" on the issue of AgustaWestland and said do they subscribe to Congress stand on the chopper scam "as they have not uttered a single word on this".

Blaming Rahul for stalling of both houses, Kumar lashed out at the Congress leader, calling him "mastermind of gagging the Parliament."

"The only other time when Parliament was gagged in this manner was during Emergency period," he alleged.

Justifying government's position in Parliament, Kumar said it tried everything possible to initiate the debate in both houses and was ready to consider both feedback and criticism of the opposition over the issue of demonetisation.

In all meetings, the opposition parties were in favour of action against corruption and black money, though they had issues about implementation of demonetisation move which they should have raised in the house, he said.

"The whole debate is lost due to myopic strategy of Congress, Trinamool Congress (TMC) and Left parties. Government persuaded them but they were not ready for reconciliation," Kumar added.