The department has also found alleged irregularities in the operation of these lockers, acquired in a single name in August. 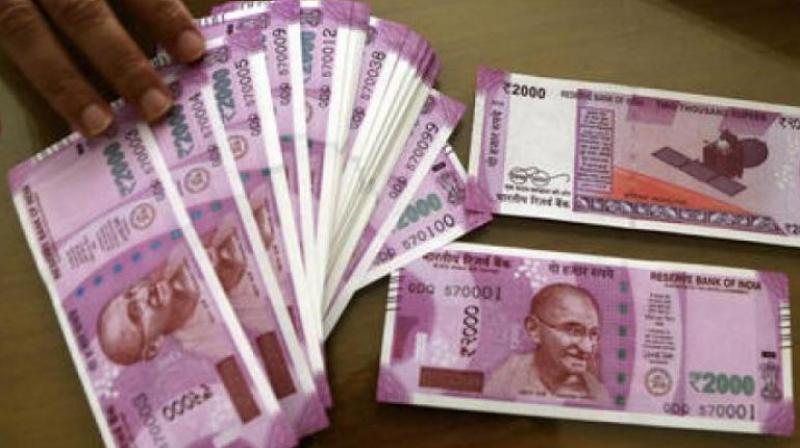 New notes of Rs 2000 issued by the Reserve Bank of India. (Photo: PTI)

New Delhi: Income Tax department has seized Rs 10.80 crore cash, of which Rs 8.8 crore is in new notes, after searches on several lockers of a bank in Pune.

Officials said the searches were conducted at 15 lockers, belonging to one person, in the Parvati area branch of Bank of Maharashtra of the city on Wednesday and the seizures were effected on Thursday.

The department has also found alleged irregularities in the operation of these lockers, acquired in a single name in August, which it feels is a fit case for tax evasion.

"Total seizure was 10.80 crore out which 8.8 crore was in new currency," a source in the I-T department said.

"As per bank records, two lockers were shown to be operated 12 times each, post demonetisation on different dates in November and December and all operations were found to be done by a single person who was acting as the authorised signatory," the source added.

The CCTV footage in the bank showed big bags being carried in and out by the person who operated the lockers along with other same set of people accompanying him.

The tax sleuths have brought to the notice of the bank authorities about the CCTV footage they "shows difference in time from the time shown in the bank records".

Probe in the case was still continuing, they said.

The department, in the same context, also searched Axis bank branches in Noida and in Connaught Place in the national capital.

No seizures have been made in these cases till now, they added.