Nupur and Rajesh Talwar were acquitted by the Allahabad HC pertaining to the murder of their only child Aarushi and domestic help Hemraj. 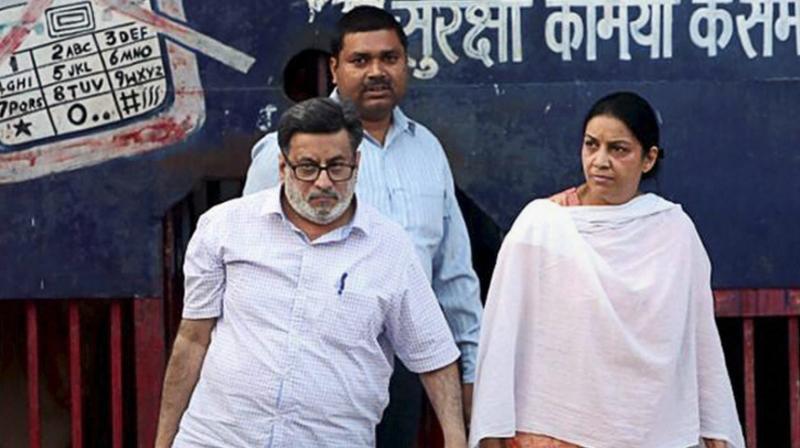 A special CBI court had earlier convicted the Talwars for double murder, but the Allahabad High Court acquitted them saying that neither circumstances nor the evidence was enough to hold them guilty. (Photo: File/PTI)

Nupur and Rajesh Talwar were acquitted in a case by the Allahabad HC pertaining to the murder of their only child Aarushi and domestic help Hemraj in 2008.

Aarushi Talwar was found dead in her bedroom in the Talwars' Noida home on May 16, 2008. Hemraj's body was found the next day from his room on the terrace.

The Allahabad High Court in its October 12 verdict said neither the circumstances nor the evidence were enough to hold them guilty.

In November 2013, a special CBI court in Ghaziabad had convicted the Talwars for murdering daughter Aarushi and Hemraj and sentenced them to life.

The CBI court said they had killed Aarushi in a fit of rage because they suspected her of having an affair with Hemraj.

Naresh Yadav, advocate of Rajkumar, one of the domestic helps, had in October asserted that he will challenge the Allahabad High Court's order in Aarushi Talwar murder case in the Supreme Court.

"We will move the Supreme Court against the High Court's order. It is a fight for poor people. Hemraj's family never wanted Talwar's to go scot-free. We will continue the fight," he said.