Guest Column: ‘Good food, visitors: It helps to be a VIP in jail & convicted babus have it best’

A prison is intended to be a correctional centre for convicts and a place for judicial remand of undertrial prisoners. 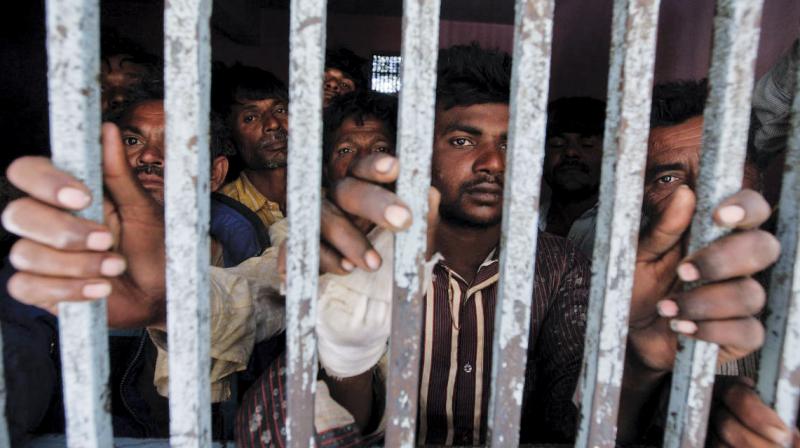 A prison is intended to be a correctional centre for convicts and a place for judicial remand of undertrial prisoners. (Representational image)

As the iron bolts slide into place with a metallic clang at the end of the day, the value of freedom  sinks in with a force so brutal that for many inmates it changes the way they react to the sound of a bolt. Certain situations, they say, cannot be expressed and  can only be experienced. Imprisonment certainly counts as one of them.

A prison is intended to be a correctional centre for convicts and a place for judicial remand of undertrial prisoners. I was not aware of any law that says a prisoner’s social status goes with him to prison.  I was under the impression that a prisoner goes to prison for his misdeeds and that he is stripped of many privileges as a free citizen regardless of who or what he is. But here is the catch. There is a difference between a prisoner and an important prisoner. Apparently, for the administration of the prison, where I spent my prime, there is a different scale for the high and mighty.

While courts do not make a distinction, the prison is entirely different.  Once imprisoned a VIP should be stripped of his status and treated like other prisoners. But it is the other way round as the “prisoner” status is more or less removed, and the “VIP” status continues.

Now, what exactly are the perks of this status? Is it a stroll on Brigade Road, or a shopping spree as was alleged recently? No, it is not. This is not Colombia for something as brazen as that to happen. What it means is that the VIP gets to spend more time with visitors,  gets better food,  gets locked up late, his movements are not restricted and he  will not be “shooed” away like a disgusting creature when its time for lock- up. It also means that the doctors will treat the patient like well, a VIP.

Now, all of this may appear trivial, but try telling this to the faceless thousands of inmates who are treated like subterranean creatures. Two hours of extra time outside the barracks or cell is priceless. Not being waved away dismissively with a fibre lathi is an award of dignity. Not having to remove footwear before entering an officer’s chamber boils down to self respect. The list is endless. The point here is that it is the small things in life that count. And VIPs get all the small things and the occasional big thing too.  The saddest part is that low rung young inmates, who are first time offenders, are mightily impressed by the perks enjoyed by VIPs and are overawed when they see a warden saluting them. Their eyes open wide in admiration as they see a jailor rush to open a gate for these inmates and fantasise about taking the place of the VIPs, who enjoy such perks in prison.

Here’s a small comparison. I remember that one labourer was arrested by a squad for trying to sell used day bus passes for Rs10 each. He had in his possession eight such passes. He left the prison after six months and during this time he was made to sweep the grounds, pick up used cigarette butts, beedi ends and plastic tea cups and also treated badly because he was poor.

But a government official, who indulges in organised looting of natural resources leading to a loss of crores of rupees to the government, gets a cool VIP room, is treated nicely and leaves the prison in one piece.

The amusing part is a government servant, who enjoys perks from the taxes paid by the public, then abuses his position and swindles public money, again has his life made comfortable in prison using public money.  Public money is sadly spent on making the lives of the influential comfortable in prison and this list includes rowdies, politicians, wannabe politicians, blackmailers and the well connected. If this doesn’t stink, what does?