3 terrorists gunned down, 1 soldier martyred in encounter in J&K's Pulwama

Security official said as the forces were conducting searches, the militants opened fire on them. 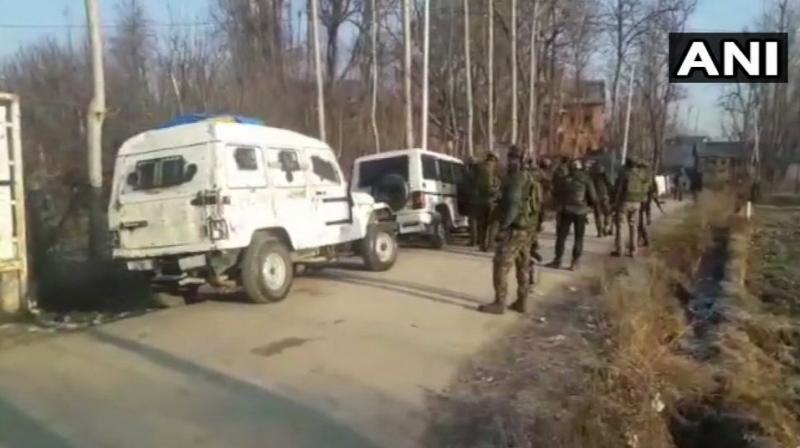 Srinagar: Three terrorists have been killed in an encounter which broke out on Saturday morning between terrorists and security forces in Pulwama district of Jammu and Kashmir, police said.

One soldier was killed in the ensuing encounter.

The security forces launched a cordon and search operation in Sirnoo village in Pulwama district of south Kashmir after receiving specific intelligence input about the presence of militants in the area, a police official said.

The official said as the forces were conducting searches, the militants opened fire on them.

The forces retaliated, leading to an encounter, the official added.

The official said the gunfight is going on.