When contacted, official in mess monitoring and control committee of IIT-M said he was unaware of the posters. 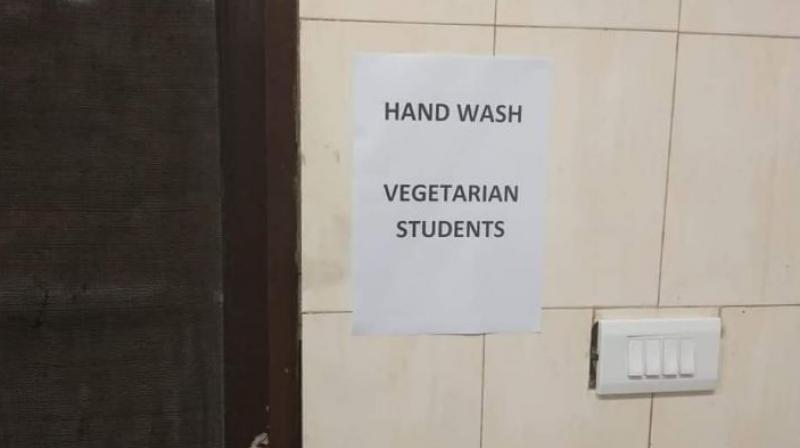 Chennai: Posters earmarking separate entry and exit points and wash basins for vegetarian and non-vegetarian students have been allegedly pasted at a mess of the Indian Institute of Technology (IIT)-Madras, kicking up a row with a section of students alleging discrimination.

While pictures of the posters bearing the name of a local caterer and pasted near the doors of the mess were circulated by some students on the social media, an official pleaded ignorance about them and said if found to be true the handbills will be removed.

A student said the posters had been put up near two entrances of the north Indian mess located on the second floor of Himalaya Mess Complex, specifying separate entry points and wash basins for non-vegetarian and vegetarian students. 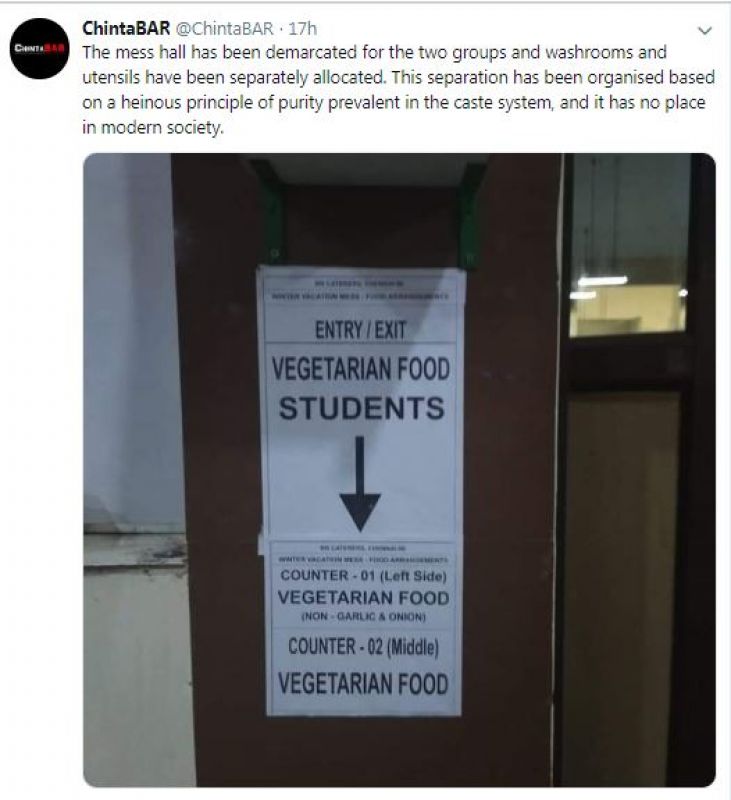 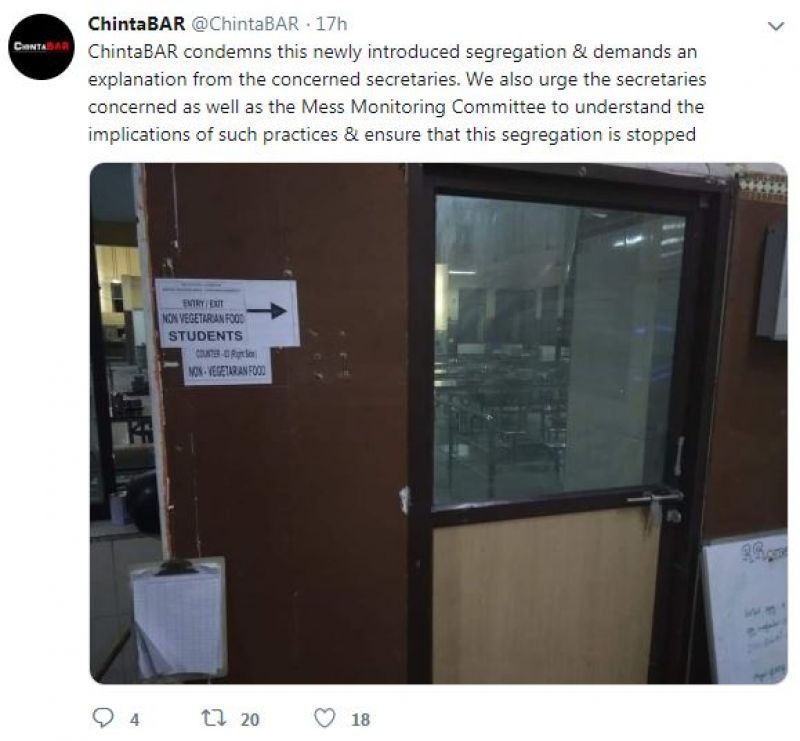 When contacted, an official in the mess monitoring and control committee of IIT-M told PTI that he was unaware of the posters.

He also said arrangements were made for preparing Jain food (without onion or garlic) and he was unaware of any discriminatory arrangements based on vegetarian and non-vegetarian.

A research scholar alleged that what started as a demand for a mess catering to 'pure' vegetarians last year had now become full-fledged untouchability'.

"This is the first time a mess has two separate entrances for vegetarians and non-vegetarians. Not just that, even separate wash basins and separate utensils as well," the student, who spoke on condition of anonymity, said.

According to some students, there has been demand from a section of students for a separate vegetarian mess ever since the 'beef festival' incident in May last year.

A research scholar was allegedly thrashed for taking part in the 'beef festival' by some students claimed to be Sangh Parivar supporters.