'...Every decision taken by the Supreme Court Collegium must reflect its maturity,' RM Lodha said. 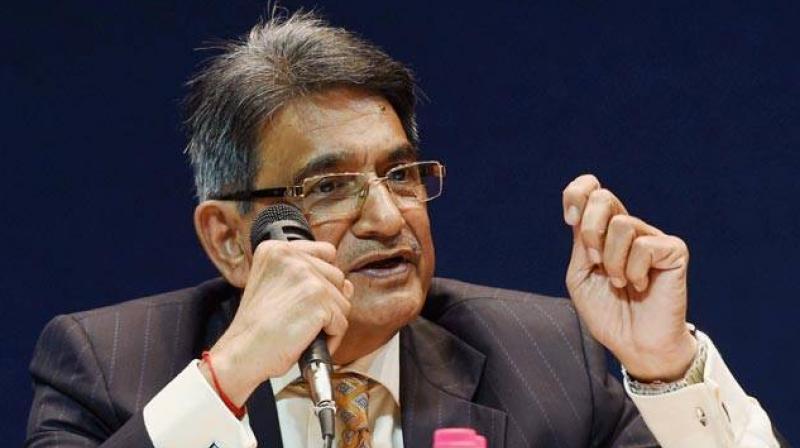 Former Chief Justice of India R M Lodha on Wednesday said that he was surprised to know that a junior judge was recommended for elevation to the Supreme Court, superseding senior judges. (Photo: File | PTI)

New Delhi: Former Chief Justice of India R M Lodha on Wednesday said that he was surprised to know that a junior judge was recommended for elevation to the Supreme Court, superseding senior judges.

"What I always feel is that the collegium should act in a transparent manner, and reasons must be forthcoming why the decision was an upturn. There must be transparency. I have always believed that the collegium works as an institution. It is an institutional body; it is not an individual's decision. If the consultation or communication between the collegium was lacking, that could have been done. A junior judge was superseded to the Supreme Court, it surprises me," former CJI Lodha said in an exclusive interview to news agency ANI.

Talking about the collegium, he said, "The collegium is a matured body, comprising of the CJI and four senior-most judges. It is a very strong, powerful, matured and intellectual body and every decision taken by the collegium must reflect its maturity."

"The question is after Justice Nandrajog, there are two more judges, Justice Gita Mittal, the Chief Justice of Jammu and Kashmir High Court and Justice S Ravinder Bhatt. The Karnataka High Court Judge, who is from Rajasthan, was superseded six weeks ago, was not found to be, as per reports, deserving for being elevated to the Supreme Court," he added.

"Look, it is little disturbing," he said while replying to a question as to how unfortunate it is for the judiciary that junior judges are being recommended for elevation to the Supreme Court prior to their seniors.

As per reports, Kaul said that while he had nothing against Justice Khanna but he could wait for his turn to be elevated.

The top court is presently functioning with 26 judges as against the sanctioned strength of 31, leaving five clear vacancies.

While recommending the names of Justice Maheshwari and Justice Khanna, the collegium took into consideration the combined seniority on an all-India basis of Chief Justices and senior puisne judges of High Courts, apart from their merit and integrity.