‘Air warfare is going to be very important,’ he also said, adding to his appeal to parties to sort issues and commence procurement of jets. 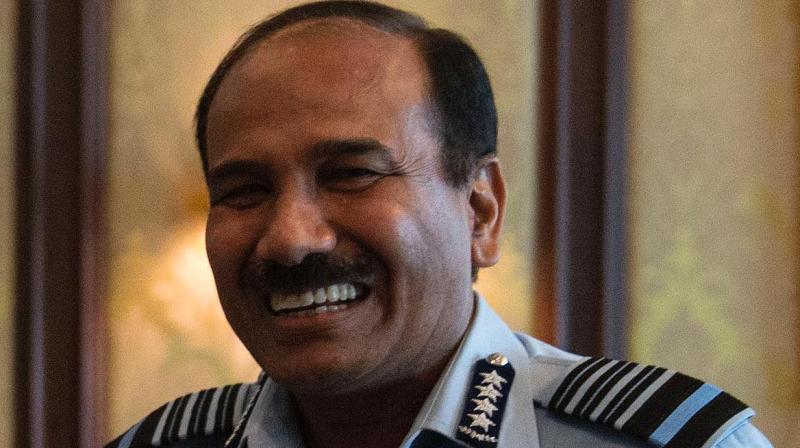 ‘These are the problems of our country. We need to sort that out. Despite having various procedures time taken to complete a deal is too long,’ said former IAF Chief Arup Raha. (Photo: File)

Kolkata: Describing the political slugfest over Rafale aircraft procurement as "unfortunate" former Indian Air Force (IAF) chief retired Air Chief Marshal Arup Raha on Wednesday urged the political parties to not to the jeopardise the acquisition process. He suggested them to sort out their differences "separately."

Without taking the name of the Congress, Raha, who was the IAF chief when the Rafale deal was finalised by the Modi government in Paris in 2015, observed that obstructions to defence deals, which have become routine, amounts to "cutting your own feet."

Speaking on the sidelines of ‘Cyber Terrorism & The Economy: A Gathering Storm' organised by the Bengal Chamber Commerce & Industry and CENERS-K he also called for fast-tracking of acquisition process in defence deals.

Asked on the political slugfest over Rafale deal and the delay Raha said, "These are the problems of our country. We need to sort that out. Despite having various procedures time taken to complete a deal is too long. Our procurement process needs to be revamped. And if there are so many obstructions about any deal the government signs there are lot of orchestrations against it. So you are actually cutting your own feet. So we need to cut down the time."

The ex-IAF chief elaborated, "If you have any problem, you sort it out separately. Don't stop the procurement which is absolutely essential for building military capability. It's unfortunate that is all I can say." He underlined that the people of the country elect the political leaders who serve them.

Raha noted, "I hope all the political parties understand that. If the people want it then the things will change. Otherwise these orchestrations will carry on every time there is a deal. And that is not good for the country. Rafale is one component of our capability. Air warfare is going to be very important. You have a large army and navy but if you don't have aerospace power capability in good strength, you may not win that conflict."