‘Freedom of the press is a vital tenet of democracy and a proud part of India's history,’ a letter by CPJ to governor dated January 15 said. 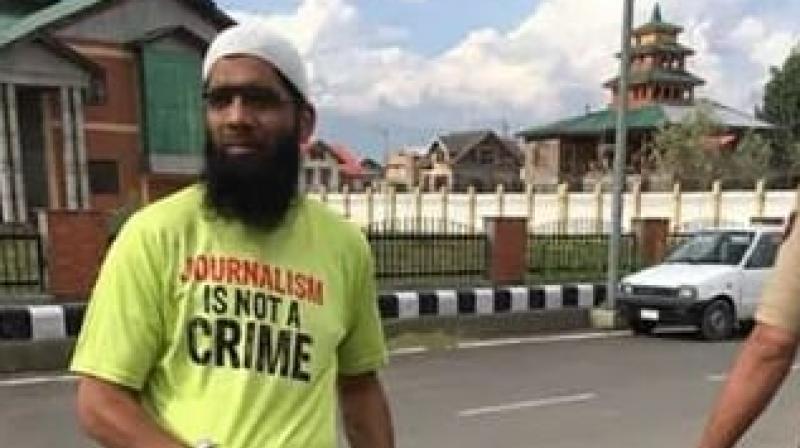 New Delhi: The Committee to Protect Journalists has appealed to Jammu and Kashmir Governor Satya Pal Malik to release journalist Aasif Sultan, arrested last year for alleged links with militant groups, and drop the charges against him.

No chargesheet has been filed against Malik, who works for a weekly newspaper and was arrested under the Unlawful Activities (Prevention) Act on August 27 last year, the CPJ, a global organisation advocating press freedom, said in a letter to the governor.

"Freedom of the press is a vital tenet of democracy and a proud part of India's history. We urge you to use the authority vested in you as governor of Jammu and Kashmir to help immediately ensure that Aasif Sultan is released and that the charges against him are dropped," the letter dated January 15 said.

It said his name was incorporated in an FIR after a gunfight on August 12. His editor and family credibly disputed police claims and said his work was strictly that of journalist gathering news, the CPJ said. The organisation also said Sultan wrote a cover story for the Kashmir Narrator in July last year on Hizbul Mujahideen's poster boy Burhan Wani. The article included interviews with non-combatant members of the terror group.

"Police have reportedly subjected Sultan to repeated interrogation during his detention regarding the article, asking him to reveal his sources and why he reported on the conflict in Kashmir...Police have also objected in court to his Facebook post," it said in its letter to Malik.

The CPJ is based in New York and is engaged in promoting press freedom worldwide. "We understand that Jammu and Kashmir is facing a difficult situation, but CPJ would like to stress that interviewing or having sources who are critical of the government is within the scope of a journalist's job and does not implicate them in a crime. Reporting on an important and newsworthy story such as the conflict in Kashmir is a public service, not a criminal act," it said.

Police has denied the allegations levelled against it and clarified that Sultan was arrested after a through investigation into the grouping of Hizbul Mujahideen terrorists in Batmaloo locality in August 2018.

The journalist approached sessions court for a bail which was rejected. Under the UAPA, police is supposed to file a chargesheet within six months of arrest.