The BSF guards the 198-kilometre stretch of the India-Pakistan border in Jammu region. 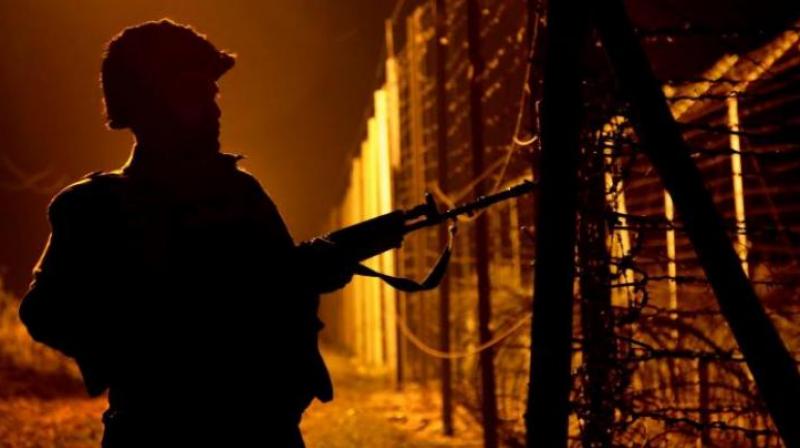 Srinagar: A Border Security Force (BSF) officer was killed in sniper fire from across the International Border (IB) in Jammu and Kashmir’s Samba sector on Tuesday adding to existing tensions along the India-Pakistan borders in the state.

A BSF spokesman in Jammu said that a party of the border guards was out for “carrying out border domination” along the IB when Assistant Commandant Vinay Prasad was hit by a sniper shot fired from across the border at around 10.50 am. “The Pakistani snipers’ fire caused grievous injuries to the officer. He was rushed to a military hospital in Satwari area of Jammu where he later succumbed to his injuries,” the spokesman said.

The BSF is tasked with guarding the 198-km stre-tch of the India-Pakistan border in Jammu region called International Bor-der by New Delhi and Working Boundary by Islamabad.

A report quoting officials said that the Paki-stani troops also fired and shelled along the Line of Control (LoC) in Sunder-bani sector of J&K’s Rajo-uri district on Tuesday. A defence spokesman in Jammu while terming it latest ceasefire violation by Pakistan said that the Indian troops retaliated to firing and shelling by heavy calibre weapons from across the de facto border “effectively and strongly” and that the exchanges were on as reports last came in.

The Army sources said that two soldiers were injured, one of them critically, in the Pakistani firing in Sunderbani’s Malla and Dadal areas.