India   All India  16 Jan 2019  ‘Whimsical and arbitrary’: Bar Council on elevation of junior judges to SC
India, All India

‘Whimsical and arbitrary’: Bar Council on elevation of junior judges to SC

BCI said decision of 5-member collegium headed by CJI Ranjan Gogoi was viewed by Bar and common man as 'unjust and improper'. 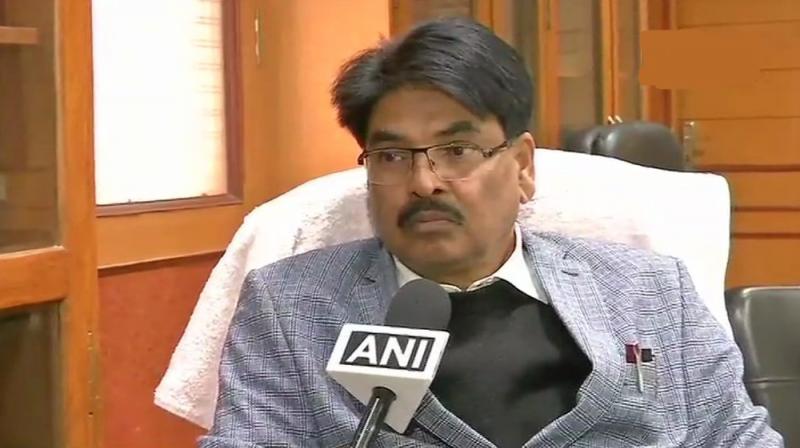 BCI Chairman Manan Kumar Mishra said, 'Our delegation will go and meet the collegium to ask them to reconsider and recall this decision. If they don't do it, we'll go and sit on a dharna.' (Photo: ANI)

New Delhi: The Bar Council of India (BCI) on Wednesday protested the Supreme Court collegium's recommendation to elevate Justice Sanjeev Khanna of the Delhi High Court to the apex court by superseding several other judges and termed the decision as "whimsical and arbitrary".

The BCI, which is an apex body of lawyers, said the decision of the five-member collegium headed by Chief Justice of India Ranjan Gogoi was viewed by the Bar and the common man as "unjust and improper".

Before the BCI made a statement protesting the decision of the collegium, Justice Sanjay Kishan Kaul of the Supreme Court also wrote a note to the CJI and other members of the collegium -- Justices A K Sikri, S A Bobde, N V Ramana and Arun Mishra -- for ignoring the seniority of Chief Justices of the High Courts of Rajasthan and Delhi, Pradeep Nandrajog and Rajendra Menon, respectively.

Sources said Justice Kaul was of the view that wrong signal would go out if the two Chief Justices, who are up in the seniority list than Justice Khanna, would be left out for elevation as apex court judges. Justice Khanna stands at Sl. No. 33 in the combined seniority of high court judges on all-India basis.

BCI Chairman Manan Kumar Mishra, in a statement, said the supersession of several senior Judges and Chief Justices of the country cannot be tolerated by the people and the revocation of the earlier decision recommending the names of Justices Pradeep Nandrajog and Rajendra Menon is viewed as "whimsical and arbitrary".

"They are men of integrity and judicial competence; nobody can raise a finger against these judges on any ground. The decision of January 10, 2019 will certainly lead to humiliation and demoralisation of such judges and also of several other deserving senior judges and Chief Justices of high courts," Mishra said.

The bar body said it was watching the "strong resentment and reaction of the Indian Bar" as well as keeping a tab on the comments of intellectuals, social activists and general public "which shows that the faith of the people has abruptly eroded from our collegiums system in recent past".

While maintaining that the BCI was hard-pressed to raise these issues, it said even the Bar Council of Delhi has also taken resolution against the decision of the collegium.

Further, the statement said that several state Bar Councils, high courts, Bar Associations and other Bar Associations of the country have written to the BCI, pressing it to raise this issue and agitate the matter before the government and the collegium judges.

"Most of the councils and associations have even proposed to sit on a dharna and/or organise some nationwide protest on this serious issue," the BCI said, adding that the recent trend adopted by the collegium has completely "eroded" the faith of the Bar and the people.

"We have no grievance against Justice Khanna. But he can wait for his turn. There is no hurry to elevate him ignoring the merit and seniority of several Chief Justices and puisne Judges of the country," it said.

"The Bar will request the collegiums and the government not to encourage such supersession. The appointments, in complete derogation of seniority principle, has evoked strong reactions from all corners of the society," the BCI said.

According to the website, after extensive deliberations on January 5-6 this year, the newly-constituted collegium deemed it appropriate to have a fresh look on the issue of elevation of judges in the light of the additional material that became available.

"While recommending the names of justices Dinesh Maheshwari and Sanjiv Khanna, the collegium has taken into consideration combined seniority on all-India basis of Chief Justices and senior puisne judges of high courts, apart from their merit and integrity," the collegium said.

The collegium added that it has also kept in mind the desirability of giving due representation on the Bench of the Supreme Court, as far as possible, to all the high courts.