India   All India  16 Feb 2019  Pulwama attackers will be punished, no matter where they hide: PM Modi
India, All India

Pulwama attackers will be punished, no matter where they hide: PM Modi

Referring to Pakistan, PM Modi said that the country that was formed after India’s partition has now become a synonym for terrorism. 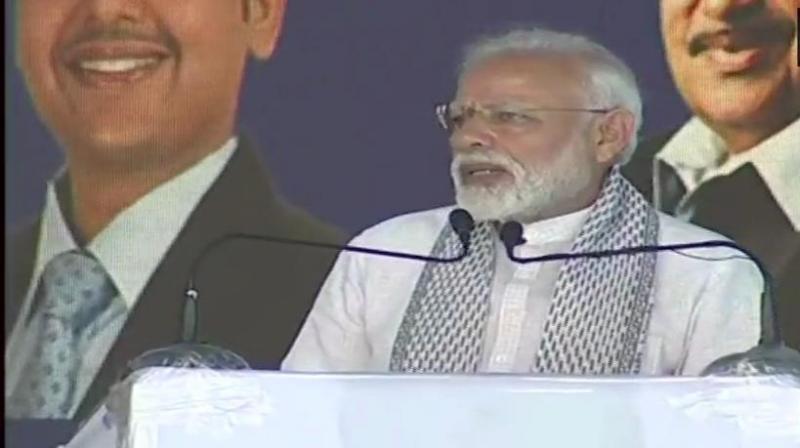 Prime Minister was speaking in reference to Thursday’s suicide bombing at Pulwama in which 40 CRPF jawans were killed. (Photo: ANI | Twitter)

Yavatmal: Prime Minister Narendra Modi on Saturday launched a scathing attack at Pakistan without naming it and said that it had become a synonym for terrorism.

“A country that was formed after India’s partition, which gives shelter to terrorism and which is on the verge of bankruptcy has today become a synonym for terrorism,” the PM said at a public event at Yavatmal in Maharashtra.

“Terror organisations who have committed this crime, no matter how much they try to hide, they will be punished. Security forces have been given full freedom. I know that we are all in immense pain after what happened in Pulwama, I understand your anger. Two sons from Maharashtra lost their lives in the attack, their sacrifice won’t go in vain,” Modi added.

Prime Minister was speaking in reference to Thursday’s suicide bombing at Pulwama in which 40 CRPF jawans were killed.