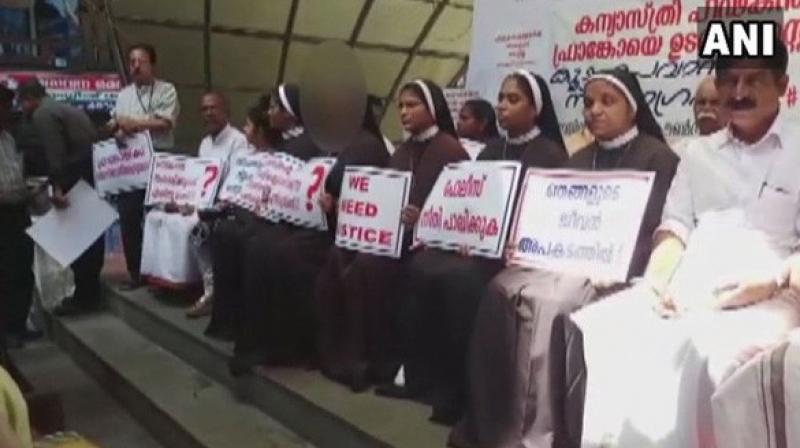 In January this year, she was served a warning letter by the Superior General of the Congregation. (Photo: ANI)

Thiruvananthapuram: Sister Lucy Kalapura, one of the nuns who had participated in the protest against rape-accused Bishop Franco Mulakkal has received a second warning letter threatening her with expulsion from Congregation unless ‘she changes her mind’.

The letter states '... invite you to change your mind and attitude sincerely...If you don't respond positively I will be constrained to proceed with your dismissal from Congregation.”

In January this year, she was served a warning letter by the Superior General of the Congregation.

The letter to Sister Lucy Kalappura of the Franciscan Clarist Congregation (FCC), who has been an outspoken supporter of the nuns’ protest at Ernakulam to demand the arrest of Bishop Mulakkal, said this was “the first canonical warning with the threat of dismissal from the Congregation.”

A previous letter to Sister Kalappura, on January 1, alleged that the nun had been “leading a life against the principles of religious life and against the Rule and Constitution of the FCC”