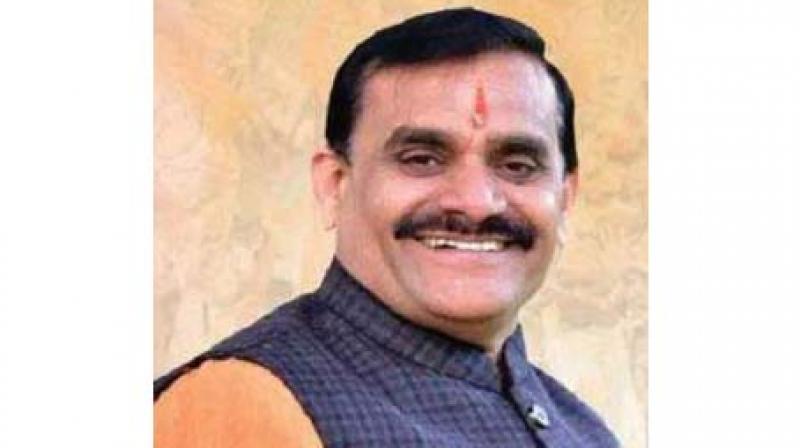 Bhopal: The BJP on Saturday chose Khajuraho MP Vishnu Dutt Sharma —who has been closely associated with the Rashtriya Swayamsevak Sangh (RSS) — to head the party in Madhya Pradesh.

The development, which has taken the party here by surprise, comes amid growing concerns within the BJP here over chief minister Kamal Nath’s pro-Hindu pitch.

Mr Sharma (49), a former ABVP leader, has replaced Rakesh Singh, said to be trusted lieutenant of Union home minister Amit Shah. Mr Singh, who represented the Jabalpur seat in the Lok Sabha, last month organised a mammoth rally in Jabalpur in support of the CAA which was addressed by Mr Shah.

The outgoing state BJP president had often been at loggerheads with senior leaders of the party in MP, particularly former chief minister and BJP national vice-president Shivraj Singh Chouhan over party affairs. Besides, the party had fared poorly in the Mahakoshal region of MP, considered Rakesh Singh’s bastion, in the last Assembly elections, causing the BJP to miss the chance to retain power in the state for the fourth time in a row.

Mr Sharma, a post-graduate in agriculture science, has been preferred over other aspirants to the party post such as Mr Chouhan and former minister Narottam Mishra “at the behest of the RSS leadership”, a central party leader told this newspaper. Sources said that Mr Chouhan had lobbied hard to get one of his loyalists and former ministers Bhupendra Singh and Lal Singh Arya, appointed to the post.