Pakistan had said it is planning to declare Gilgit-Baltistan region as the fifth province, a move that raised concerns in India. 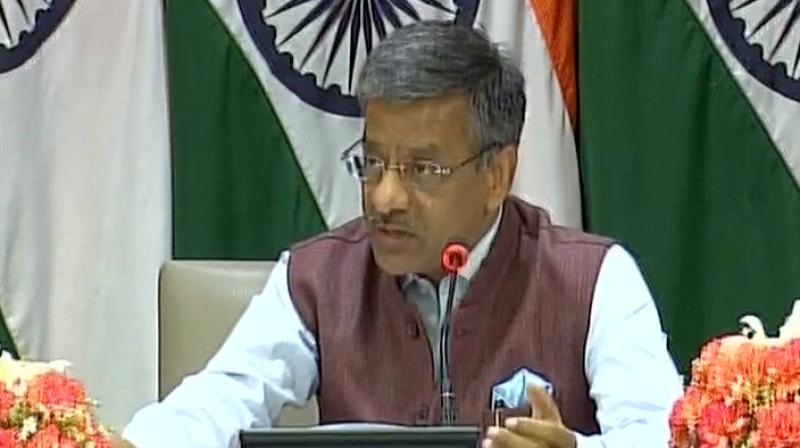 New Delhi: India on Thursday hit out at Pakistan for its plans to declare Gilgit-Baltistan as its fifth province.

“The entire state of J&K is an integral part of India. No unilateral step is acceptable in this regard,” MEA spokesperson Gopal Baglay said.

"Such a step will not be able to hide the illegality of attempt and illegality of Pakistan's occupation of the parts of Jammu and Kashmir which it must vacate forthwith. It will also not be able to hide the tremendous and very concerning human rights violation and denial of freedom that has been going in those parts under Pakistan's control for the last 70 years," Baglay told the media in Delhi.

India rejects Pakistan’s efforts to meddle in Indian judicial system. Our judiciary needs no self-serving sermons,” he added, in reference to Pakistan’s criticism of the acquittal of Swami Aseemanand for his role in the 2007 Ajmer Sharif blast.

In an official statement, Pakistan’s Foreign Affairs spokesperson, Mohammed Nafees Zakaria said, “We have noted that over the last few years they had been exonerating people involved in the Samjhauta Express terrorist attack”.

Pakistan on Wednesday also said it is planning to declare the strategic Gilgit-Baltistan region as the fifth province, a move that raised concerns in India as it borders the Pakistan-occupied Kashmir.

Pakistan's minister for inter-provincial coordination Riaz Hussain Pirzada told Geo TV that a committee headed by Advisor of Foreign Affairs Sartaj Aziz had proposed giving the status of a province to Gilgit-Baltistan.

"The committee recommended that Gilgit-Baltistan should be made a province of Pakistan," Pirzada said yesterday.

He also said that a constitutional amendment would be made to change the status of the region, through which the USD 46 billion China-Pakistan Economic Corridor (CPEC) passes.

Gilgit-Baltistan is treated as a separate geographical entity by Pakistan. It has a regional assembly and an elected Chief Minister.

Balochistan, Khyber Pakhtunkhwa, Punjab and Sindh are four provinces of Pakistan.
It is believed that China's concerns about the unsettled status of Gilgit-Baltistan prompted Pakistan to change its status.