It said the BSP's representation on EVM tampering was without any specific allegation and it had rejected the claim of the party. 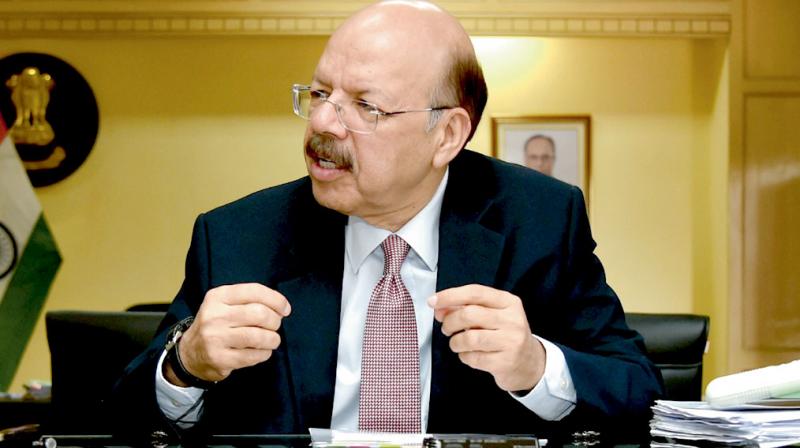 In a strongly-worded statement, the Commission said "baseless, speculative and wild allegations are being made which deserve to be rejected".

The poll panel said it did not receive specific complaints or concrete material from political parties and candidates about alleged tampering of EVMs during recently held election process.

It said the BSP's representation on EVM tampering was without any specific allegation and it had rejected the claim of the party.

"Such concerns about alleged tamperability of ECI-EVM have been raised earlier also since their introduction including before high court and the Supreme Court.

"These allegations have been dismissed. ECI unequivocally reiterates that given effective technical and administrative safeguards, EVMs are not tamperable and integrity of electoral process is preserved," it said.

The EC's rebuttal came a day after Mayawati said she will move court against the alleged tampering of EVMs. Kejriwal too had alleged that EVMs may have been tampered with in Punjab, adding "it is about the credibility of the Election Commission and the faith of people in the electoral system. We have strong prima facie evidence of foul play."

The Commission today said that so far, no one has been able to actually demonstrate that EVMs used by the Election Commission can be tampered with or manipulated.

Electronics Corporation of India Ltd and Bharat Electronics Ltd are the two PSUs which manufacture the EVMs for EC.

The poll watchdog assured that its EVMs are tamper-proof and it is "fully satisfied with the integrity of electoral process using EVM".

It recalled that the "controversy" over the reliability of the machines was raised by political parties after the 2009 Lok Sabha polls. "However, no specific allegation was raised nor could they prove before any court," the statement said.

It said in an "extraordinary" move in August, 2009, it had invited those who had expressed reservations about the EVMs to come and demonstrate the flaws in the machines.

Those invited included political parties, petitioners before various courts and some individuals who had been writing to the Commission on this issue.

One hundred EVMs were brought from ten states – Andhra Pradesh, Delhi, Gujarat, Karnataka, Madhya Pradesh, Maharashtra, Punjab, Rajasthan, Tamil Nadu and Uttar Pradesh -- and were kept at the Commission's office here for scrutiny and for any application to establish its alleged fallibility.

"The outcome of this exercise was that none of the persons, who were given the opportunity, could actually demonstrate any tamperability of the ECI-EVMs. They either failed or chose not to demonstrate," it elaborated.

Some activists had then showed on TV a machine which they claimed can be manipulated. The Commission had countered the allegation stating that the machine was stolen from EVM warehouse in Mumbai and modified by the activists. "Thus it was no longer the machine used by EC," it said. Based on consultations with political parties in 2010, the Commission explored the use of Voter Verifiable Paper Audit Trail (VVPAT) with a view to enhance transparency.

In VVPAT, a paper slip is generated bearing name and symbol of the candidate along with recording of vote in Control Unit, so that in case of any dispute, paper slip could be counted to verify the result being shown on the EVM.

A printer is attached to the balloting Unit and kept in the voting compartment. The paper slip remains visible on VVPAT for 07 seconds through a transparent window.

In June 2014, the Commission proposed to implement VVPAT at every polling station in the 2019 Lok Sabha polls and sought Rs 3,174 crore for the same from the Law Ministry.

The Commission had earlier this month informed the Supreme Court that it will get the 15.5 lakh VVPATs manufactured in 30 months from the time of release of fund by the government.