Police says the girl was the daughter of a man in whose house the three militants, suspected to be Pakistani nationals, were hiding. 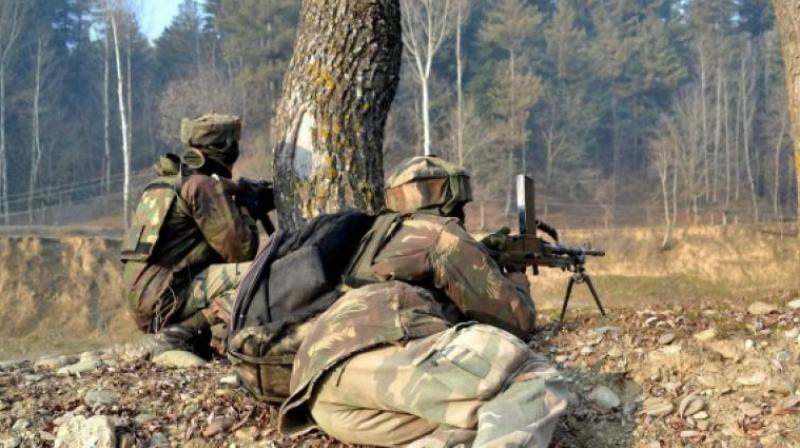 Srinagar: Three militants and a 10-year-old girl were killed in a gunfight with security forces in Jammu and Kashmir’s Kupwara Tuesday night.

It said the duo was evacuated to hospital “where the girl succumbed to injuries”. “The boy was later referred to Srinagar for specialised treatment and his condition is stable,” an official said. A report said that Kaneeza was the daughter of local resident Muhammad Khushi Chaki, in whose house the militants were hiding.

Police and Army officials said security forces laid siege to Kund Nar at Kupwara’s Batapora Tuesday evening to take on a group of militants, suspected to be Pakistani nationals, hiding in a house close to a stream surrounded by a thick forest.

A Special Operations Group jawan, Danish Ahmed, was injured, officials said. They said AK-47 rifles with ammunition were found on the slain men, adding that the identity of the militants is being ascertained. Hospital sources said the jawan received a bullet wound on the chest, and his condition is “critical”.

Officials said a cordon-and-search operation was launched in the area following a tip-off about the presence of militants. While the security forces were sealing the area, the militants started firing.