Muthu Krishnan (28), an M Phil student at JNU's Centre for Historical studies, had hanged himself from a ceiling fan on Tuesday. 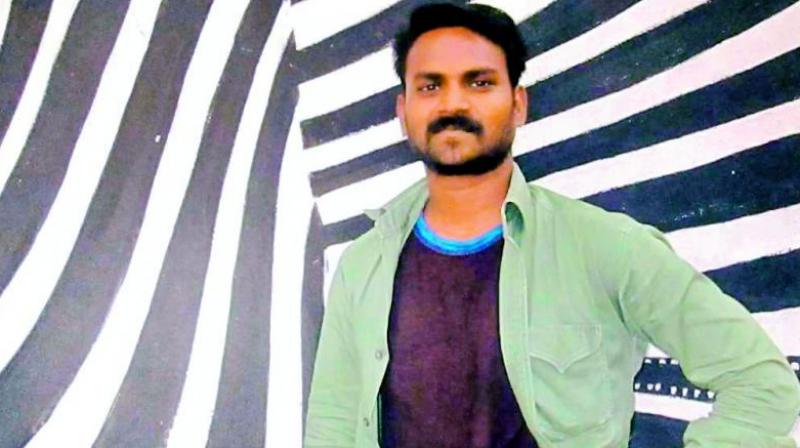 New Delhi: AIIMS doctors on Wednesday said the Dalit research scholar at JNU, who had allegedly hanged himself at his friend's residence in south Delhi's Munirka, died due to asphyxia and no injury mark was found on the body.

Muthu Krishnan (28), an M Phil student at JNU's Centre for Historical studies, had hanged himself from a ceiling fan.

The five-member medical board constituted to conduct the autopsy, in its preliminary report, has stated that the death was due to hanging and no injury marks were present on the body.

"The death was due to asphyxia (a condition of severely deficient supply of oxygen to the body due to abnormal breathing) as a result of before death hanging. No injury mark has been found in any part of the body," Dr Sudhir Gupta, Head of AIIMS Forensic Department, told PTI.

"There were signs of dribbling of saliva on the face of the deceased which is a sure sign of before death hanging. Viscera has been preserved for chemical analysis," Dr Gupta said.

The body of the JNU research scholar was embalmed and handed over to police, he said, adding the autopsy procedure was videographed.

Meanwhile, police have registered a case of abetment to suicide in the death of Krishnan.

"We have registered a case of abatement to suicide under relevant section of The Scheduled Castes (SCs) and the Scheduled Tribes (STs) Prevention of Atrocities (PoA) Act. The case has been registered against unknown persons," a senior police officer said.

Krishnan's body was taken for post-mortem to AIIMS on Tuesday but it could not be done as the student's family members along with some Congress, AIADMK and DMK leaders and a few JNU students demanded transparency in the autopsy.

"My son cannot commit suicide. He was very strong and confident. We want a CBI probe to be conducted and actual reason behind his death be revealed," Krishnan's father, Jeevanandam, had said.

Following their demands, the medical board was constituted.

Krishnan, who had named himself 'Krish Rajini' on Facebook, was at the forefront of a students' movement following Rohith Vemula's suicide.